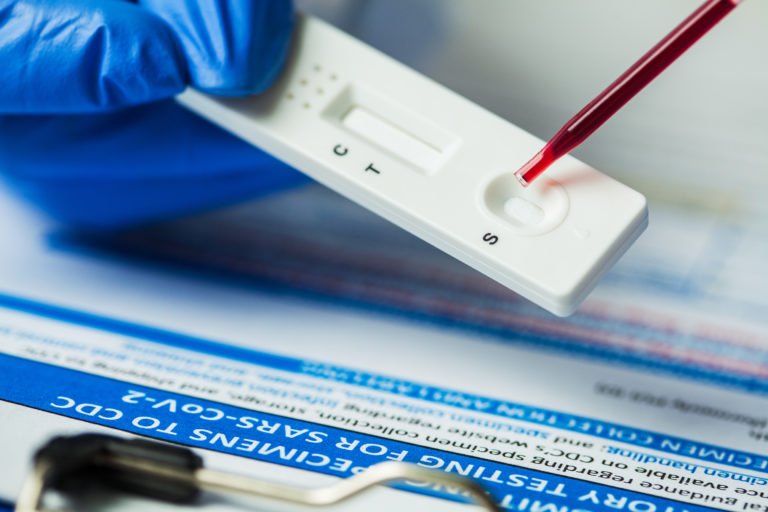 NASSAU, BAHAMAS — The Ministry of Tourism has announced a public-private partnership with the Living With COVID Coalition (LWCC), a local non-profit organization, to secure access to nearly three million approved rapid antigen tests.

The move comes just over a week before the country is set to remove the mandatory 14-day quarantine upon arrival on November 1.

The tests will be provided by medical solutions provider, Ports International, at a “low cost” per unit.

In an interview with Eyewitness News, Tourism Minister Dionisio D’Aguilar said the non-profit coalition, which is apart of the Organization for Responsible Governance (ORG), was created to purchases rapid tests in economies of scale.

D’Agular noted that to remove the quarantine period, they realized that there has to be a guaranteed level of supply to support the new testing mechanism.

“Everybody came together trying to accomplish two tasks, one to reopen our tourism sector and get people across the border with a testing regime and at the same time provide a mechanism for employers to begin testing their staff with rapid antigen tests”.

D’Aguilar explained the tests were secured at no cost to the government.

The costs for the test will be included in the mandatory health visa required for entry into The Bahamas, he said.

Earlier this month, the ministry announced new travel protocols which will require now visitors, returning citizens and residents to obtain an RT-PCR (swab) test no more than seven days before travelling to The Bahamas.

All travellers will also be required to apply for a health visa and take a rapid antigen upon arrival and then again four days (96 hours) after.

The costs for the health visa for visitors will be $50 for five-days or less and $75 for five days or more, which is inclusive of tests on arrival and five days after, as well as health insurance.

The costs for residents will be $55, which will also include two rapid tests.

The tourism minister noted that individuals and businesses will also be able to access the tests, as well as a management platform to track and screen the results of employees.

The recently approved antigen tests – which are believed to be more accurate than previous versions – are set to transform COVID-19 response in the region, according to the Pan American Health Organization (PAHO).

It is composed of a non-partisan and diverse coalition from the private sector, civil society, academia, labour, politics and religious society.

Thomas Bethel, LWCC Head of Operations noted that the coalition will be making rapid test and the management platform available to any lab, doctor’s office, clinic, pharmacy, business, organization or government entity that wishes to join the national platform.

All those participating have agreed to work at cost or for free, he added.

“COVID-19 will be here for a while and we believe that it is our responsibility as Bahamians to work together, act fast, and present a practical and responsible solution that is simple, easy, rapid and connected,” Bethel said.