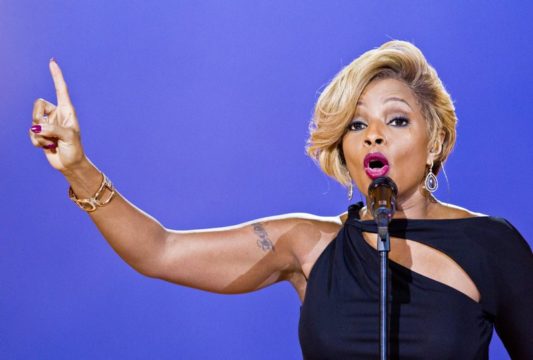 COPENHAGEN, Denmark (AP) — The Norwegian organization that oversees the Nobel Peace Prize said Tuesday that a concert typically held after the annual award ceremony won’t take place in 2018 so the event can be evaluated.

Norwegian Nobel Institute Director Olav Njolstad said the musical tribute to the Nobel laureate was put on “temporary leave,” a decision that “emerges from a wish to re-think the concert format and content, but also reflects the challenging financial situation of the concert.”

The show, first held in 1994, has drawn big names from the entertainment industry. Lionel Richie, Bon Jovi, Aretha Franklin and Mary J. Blige are among the performers who have hosted the event.

“People’s media preferences have undergone radical change since the first concert in 1994. This is something the concert organizers and producers are keenly aware of as they move forward,” Njolstad said in a statement. “We have struggled to maintain an appropriate level of financing and want to use the year ahead to develop a new format.”

The cancellation was not related to the sex-abuse and financial crimes scandal that tarnished the Swedish Academy and a decision not to award the Nobel Prize in Literature this year.

The winner of the Nobel Peace Prize is announced in October, while the award ceremony and concert usually are held on Dec. 10, the anniversary of award founder Alfred Nobel’s death.

The prizes were created from a bequest left by the Swedish industrialist and inventor of dynamite, who wanted his fortune to honor great achievements in physics, chemistry, medicine, literature and peace. All the awards are handed out in Stockholm, Sweden, except for the peace prize, which Nobel’s will dictates should be given in Oslo, Norway.