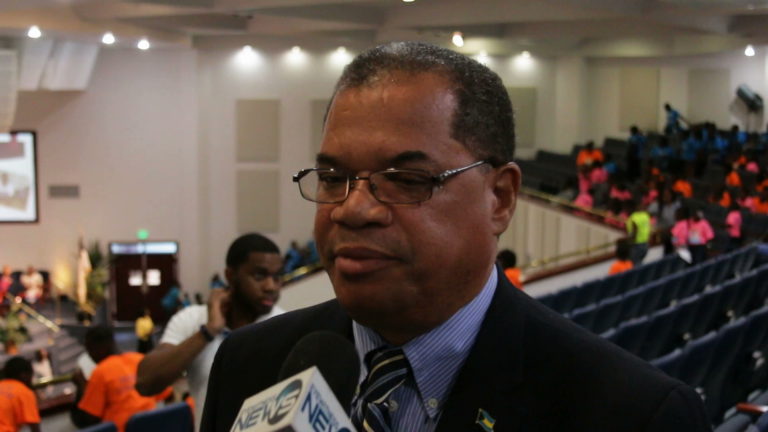 Shanty Town residents have run out of luck with the government as Labour Minister Dion Foulkes told Eyewitness News Thursday that it is only a matter of time before the government’s the iron fist falls to bring some order to the unregulated communities.

Foulkes’ comments came as a result of a request made by local human rights activist group, Rights Bahamas, which requested the government to give shanty town residents the same benefits and economic freedoms afforded to residents in the Over The Hill community who are set to reap major benefits from the roll-out of government’s Over The Hill Rejuvenation Programme.

Rights Bahamas not only called the on government to rethink its efforts but has also expressed intent to file an injunction on the government’s efforts to shut shanty towns down across the country.

Government has given all shanty town residents until August 10 to pack up and relocate.

Foulkes said the rundown conditions within these unregulated communities prevents the government from approaching them in the same manner as the Over The Hill Rejuvenation Programme and confirmed that government will not postpone its deadline.

“I visited all the shanty towns in Nassau and in Abaco and I can tell you the living conditions in those areas is very poor, no human being should be subjected to living in those conditions,” he said.

Foulkes said these conditions have forced the government to arrive at a firm position that the communities must be eradicated.

Eyewitness News accompanied the Shanty Town Committee, which is headed by Foulkes, on its most recent shanty town walkabout in 11 shanty towns in New Providence.

Eyewitness News investigations revealed that there are a number of brick and mortar structures within some shantytowns which meet proper building codes and are equipped with all utilities.

Foulkes said cabinet will have to determine what will happen with those structures.

RB has not given an exact date for the filing of the proposed injunction against government’s shanty town shut down.