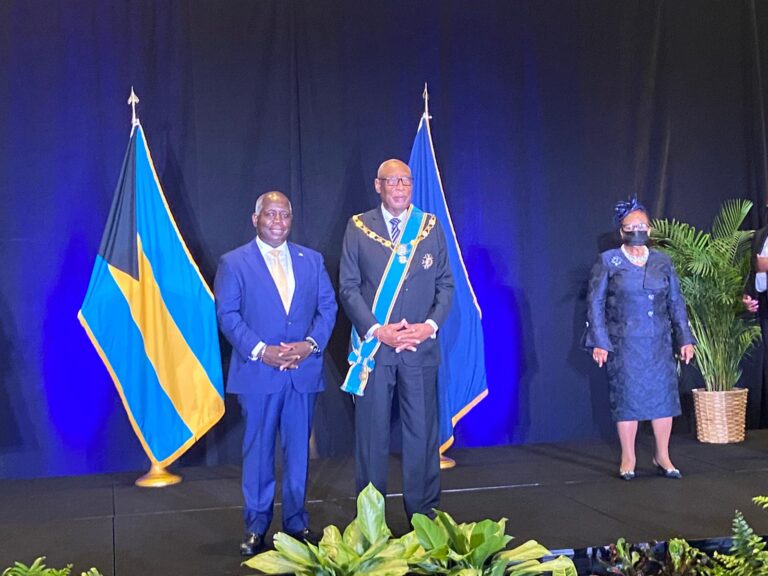 NASSAU, BAHAMAS — Prime Minister Philip Davis said he opted to keep the curfew at 11.59pm because there did not appear to be a “rhyme or reason” to change it back after it was adjusted on the night of the general elections.

Davis signed amendments to the emergency orders yesterday, reducing the curfew to 11.59p through 5am for the islands of Andros, Abaco, Bimini, Cat Island, Eleuthera, Grand Bahama and New Providence with immediate effect.

The prime minister told reporters that he met with Dr Merceline Dahl-Regis, health consultant in the Office of the Prime Minister and chairperson of the Bahamas National COVID-19 Vaccine Consultative Committee yesterday.

“We’ll be quickly getting into nuts and bolts of where we are, what we have to do, how to get it done, to ensure that we get this pandemic under control. Curfews on the face of it, from medical information we have, it’s not a tool that is effective against the fight but I am to get more information on that in the coming weeks after having further conversations with the medical experts.”

The country’s sovereign ratings have been downgraded to ‘Ba3’ from ‘Ba2’, highlighting the daunting economic and fiscal realities facing the nation and the new Davis-led administration.

Moody’s pointed to a significant erosion of the country’s economic and fiscal strength brought on by the COVID-19 pandemic.

“That’s not surprising if anyone has been following the fiscal affairs in this country,” Davis said.

“You knew for quite a while we’re headed over the fiscal cliff. In fact, I recall speaking to that in the 2019 Budget even before (Hurricane) Dorian, that that’s where we were headed. This is not surprising…it only came out then but we suspect that that information was had, was in the making for quite a while but was only released on Election Day so as not to impact the results, it didn’t.”

Davis said he hoped to conclude his Cabinet picks by Sunday, adding once he has decided on a Minister of Finance, the commitment to reduce Value Added Tax will be addressed in a matter of weeks.

Exumas and Ragged Island MP Chester Cooper was sworn in as deputy prime minister and Minister of Tourism and Aviation at a ceremony at Baha Mar today.

Speaking to low voter turnout, Davis maintained there were a lot of “tactics” deployed to suppress the vote.

Davis was asked if he will hold monthly press conferences as he did while in opposition.

The prime minister said he had to set his schedule before making such a commitment; however, he added: “one thing you can be assured of is I’m not going to run from you”.

Come now, we all know that COVID only comes out at night, right?
Never should have had a curfew anyway.

PLP ran on a platform that the extension of the emergency orders was wrong so let’s see if they are true to their word. Let’s get the economy back!