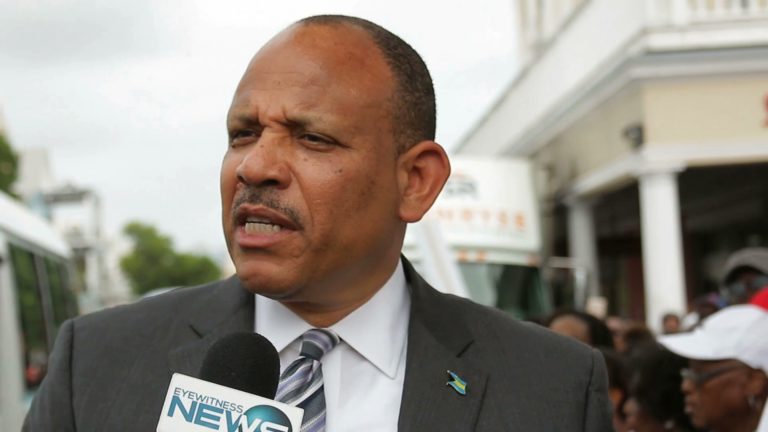 NASSAU, BAHAMAS — Former Minister of Health Dr Duane Sands said yesterday he will not support an extension of the emergency orders for another month, and called on the return of parliamentary democracy where legislators and the people whom they represent can determine the way forward.

“I believe that this matter of COVID will be with us for some time and we now need to move to get all hands on deck,” Sands said.

“We have suspended parliamentary democracy for enough time and now it is important to get all of the talent; all of the voices, representing all of the people in this country to contribute to the decision making about our COVID response moving forward.

“There are alternative methods we can use to determine how the public should respond… We can have a sunset law. For instance, say it goes to the end of December, requiring social distancing; wearing of mask etc. But to be functioning with what is ostensibly a limited legislative body I don’t think is necessary.

“So, let us resume the role of all legislators. Let us get the talent and skill of all of society, so we can collectively work together to get The Bahamas out of this fix that we are in.”

The government intends to extend the public state of emergency and emergency orders until October 31.

The extension would authorize for the competent authority — the prime minister — to continue existing emergency measures or change them at his discretion to mitigate the spread of the virus.

These include the curfews, closure of prohibited establishments and other restrictions and health guidelines.

The existing orders will come to an end on September 30.

Notwithstanding his lack of support for an extension of the emergency orders, Sands said he does not believe The Bahamas has reached the point where it can “safely open completely”.

“We are still seeing far too many cases for such a small country and we are not testing adequately to determine the full extent,” he said.

“If you look at the recent statistics released by the chief medical officer, some 25 percent of all the tests are positive.

“We can only be comforted if we had seen no more than five percent of tests are positive. That is the standard that is international.

“And so, we don’t fully know the full extent of cases, but what we do know is that our hospitals are full.

“What we do know is that we are having a challenge maintaining an adequate number of healthcare workers, and we are going to have to balance the opening of the economy with the health concerns.”

On Wednesday, Prime Minister Dr Hubert Minnis tabled the resolution and advised Parliament that it will be debated at the next sitting.

The prime minister urged Bahamians and residents to sacrifice for three more weeks to help further the downward trend of COVID-19 cases, particularly in New Providence.

The House is slated to meet next week Wednesday.

There have been mixed reactions to the extension.

When contacted about the measure, Pineridge MP Frederick McAlpine said: “I support the government trying to balance itself with the emergency order and the economy.”

While questioning whether The Bahamas could still be considered in a state of public emergency given the wide-ranging easement of restrictions, Munroe said the government can achieve a lot of the existing regulations and guidelines through ordinary law.

He suggested the prime minister was “lost” and did not grasp the significance of a state of emergency.

If hydroxychloroquine zinc antibiotics and vitamin D are working for American we should consider it for our people too nobody have to be hospitalized for so long if they have the right treatment we’re making this a pandemic of doom by not using this remedy that is working for millions around the world!! Bill Gates said publicly there will be another virus much worse than this one why can’t we deal with this already? When the next come Jesus help us!

DIAMOND HALL i am with you. Just treat these people who are hospitalised with hydroxychloroquine zithromax and zinc and get them out of the hospital. Why are the doctors at pmh not doing this. Other doctors are using these drugs around the world

Bill Gates I guess is now a medical expert!