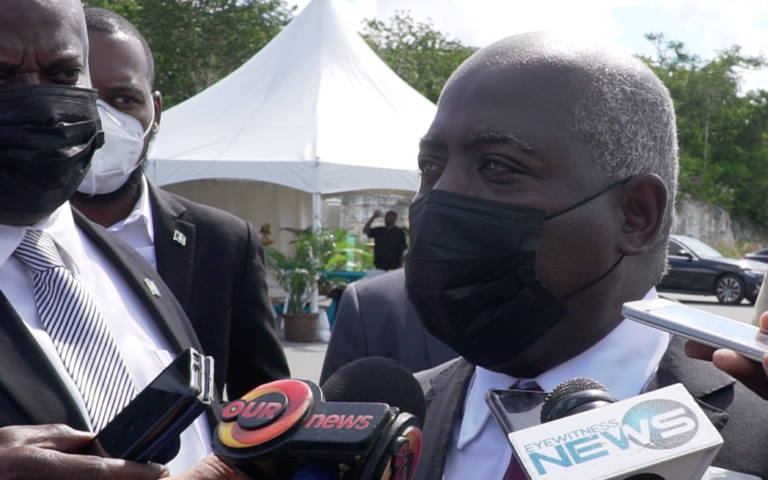 News of the appointment drew ire among some after a photo of the delivery unit was posted to the PMDU’s social media page last week and then later deleted.

Speaking to reporters about his decision to bring Fitzgerald back to frontline politics, Davis insisted that he has “confidence” in the former minister to deliver.

“I’m looking for the best and brightest amongst us to help me carry through the big changes I have for this country,” the prime minister said.

“He’s one person I have confidence in to be able to help me deliver that.”

When asked whether he took into consideration Fitzgerald’s past “scandals” when making the appointment, Davis questioned what scandals the politician has been involved in.

The former Marathon MP who served under the last Christie administration came under fire for several controversial matters during his 2012-2017 term.

In 2015, it was revealed that the government took more than a year to publicize a 2014 Black & Veatch report on a gas leak from the Rubis service station on Robinson Road that warned of possible health risks to people living and working in the area.

While the report was completed in February 2014, it was only made public on April 17, 2015, after residents expressed concern and outrage at a town meeting.

At the time, Fitzgerald, then the Marathon MP, said he kept silent because he would have been “fired on the spot” if he discussed Cabinet procedures.

Another scandal broke in March 2016 when the minister accused environment group Save the Bays of being a political organization seeking to “overthrow” and read and tabled in Parliament an email thread from Save the Bays members that referenced a murder-for-hire plot involving Canadian fashion tycoon Peter Nygard and members of the organization.

Fitzgerald claimed he had received the emails from his “political garbage can”.

In a landmark Supreme Court ruling, he was ordered to pay $150,000 in damages for the breach and a permanent injunction was granted barring parliamentarians from accessing or making public the personal information of the non-profit organization.

At the end of his five-year tenure, on Nomination Day 2017, it was revealed in a series of emails that Fitzgerald attempted to lobby then-Baha Mar developer Sarkis Izmirlian for brokerage, trucking, and limousine contracts.

Fitzgerald later admitted to communicating with Izmirlian over the contracts for his father but insisted that he had no contracts with Baha Mar or any of its affiliates.

Responding to the matter involving Izmirlian yesterday, Davis insisted that it had “nothing to do” with Fitzgerald.

“No harm, no foul in relation to that,” he said.