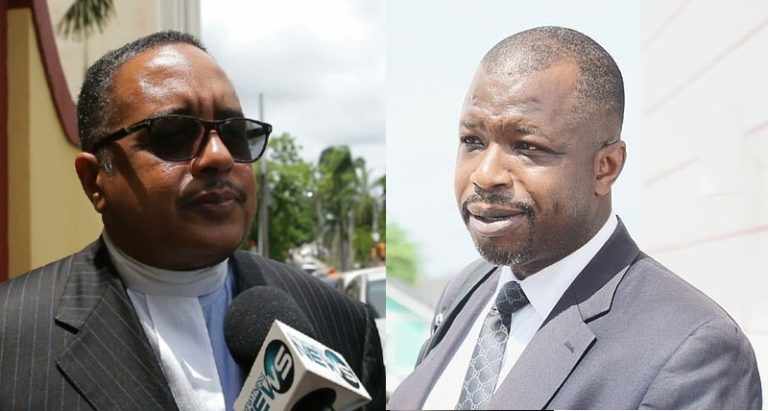 NASSAU, BAHAMAS — A decline in voter turnout in the general elections of Trinidad and Tobago and Jamaica has serious implications for democracy at home and in the region, according to Former State Minister for Legal Affairs Damian Gomez.

He pointed to a downturn at the polls of eight and 11 percentage points respectively in those countries, which he said could be directly linked to COVID-19 fears.

Gomez said: “I’m deeply concerned about the situation regionally because I see implications for us here. This is an issue that all Bahamians ought to be concerned about.

“Whether you are a PLP or an FNM it shouldn’t matter. The right of everyone to cast their vote without fear of dying or victimization afterwards, that is fundamental to democracy.”

He said: “We have a real problem if the government calls a snap election using a system of voting that is ill-equipped to deal with the situation of people who are homebound because of fear they will be infected by COVID.

“We ought to be changing our system to enable people to vote and that ought to be done sooner rather than later. This is a democracy issue.”

The QC’s concerns over the need to make accommodations for COVID-19 at the polls were echoed by another prominent attorney and QC, Wayne Munroe.

However, Munroe theorized a greater challenge will come from Supreme Court Justice Ian Winder’s recent ruling on citizenship that declares children born in the country out of wedlock to Bahamian men and foreign women as citizens at birth.

Preliminary results showed voter turnout for the country’s August 10 general election was 58.9 percent, down from 66.8 percent in 2015.

Just 37 percent of Jamaican voters turned up at the polls last Thursday, down from 48.37 percent in the 2016 General Election.

“The time has come for the government to actually govern and do what is right for all Bahamians, not just them,” Gomez said.

“No one is here to give (Prime Minister Dr Hubert Minnis) a free pass, he has to do what is right. It has to be prioritized and it cannot be kicked to the curb. We know this is a situation where he is faced with currency devaluation, a circumstance which implicates the date when he calls the election.

“The later that he postpones in making the vote fair, the more his dictatorship is intent. I am calling it a dictatorship deliberately because he has no regard to the rights or constitution of this country.”

The former Cabinet minister pointed to the government’s recent pronouncements on the state of the country’s finances, noting the staggering 60 percent drop in revenue and more than 250 percent increase in deficit borrowing, adding that the National Insurance Board was teetering on bankruptcy.

“Our democracy depends on people being able to express their God-given right to vote for whom they wish to lead them. And if illness or the threat of illness threatens that position, the government has an obligation to move legislation to ensure that the will of the electorate prevails.

“This is not some empty vote, where the sick, the aged and the informed cower at home for fear that they would succumb to being expose by gong to vote. You have to create the environment in which those people are able to vote from a level of comfort as to their health and wellbeing but that gives effect to the vote they intend to make.

“This is a serious issue and we are a country that is accustomed to voting levels that exceed 90 percent. To see sister countries in the region decimated to the 30 and 40 percentile is alarming and before we succumb to that eventuality we need to address it.

Gomez added: “(Minnis) He can call it whenever he wants but he must call it in serious circumstances and he has to create those circumstances.”

Eyewitness News understands discussions are ongoing at the ministerial level to transform the voter registration process to create a permanent register.

In 2018, Minister of National Security Marvin Dames – who has responsibility for elections – said the government had begun preparing for the implementation of electronic voting for the next general election.

At a press conference on Friday, Prime Minister Dr Hubert Minnis said his administration was not focused on a snap election at this time.

Minnis said at the time that his administration had prioritized saving Bahamian lives.

For his part, Munroe said it was unlikely the prime minister would move for an early vote given the deleterious impact of his emergency powers orders and lockdowns on Bahamian society.

He also expressed doubts over a potential devaluation of the Bahamian dollar, noting the maintenance of currency was an artificial construct linked more to politics than the strength of the economy.

Munroe furthered it was unlikely COVID fears would significantly impact the country’s voter turnout, noting its historically high participation rate and the mounting public disapproval of the government’s handling of the pandemic and resulting crisis.

Munroe said: “I wouldn’t have a great fear of devaluation, it’s a political evaluation. They have destroyed a lot of businesses, the foolishness they do hampers local business. They are still damaging the economy and the issue politically will be that things will get worse and worse  and at some point you will have violence swinging up out of it.”

He said: “When you do come to the pubic, people like me are going to point out you have more infections and deaths now and you’re opening up now. So explain why you closed down and destroyed these people’s lives with less infections and less deaths?”

While he noted the government must figure out how to accommodate COVID-19 infected voters at the polls, Munroe forecast an even greater challenge will be the recent ruling on citizenship that declares children born in the country out of wedlock to Bahamian men and foreign women as citizens at birth.

Munroe said any election process that excludes those newly eligible voters – which he theorized could represent thousands – would be invalidated notwithstanding the government’s intent to appeal.

Attorney General Carl Bethel has previously stated the government’s intent to appeal the ruling; however, Munroe noted Winder’s ruling would remain in effect until another ruling is made.

“The court declares what the law is, all these people have to do is present themselves to register and if they are refused. that would invalidate any election they have,” he said.

Munroe added: “This current register is good until next year, so the only people who need to register were people not registered for the last election. In so far of people being afraid to come out and vote, we generally have high voter turnout.”

“I think we’ve had enough of him. (Minnis) should do what (Jamaica Prime Minister Andrew) Holness did, go to polls early, win big.”