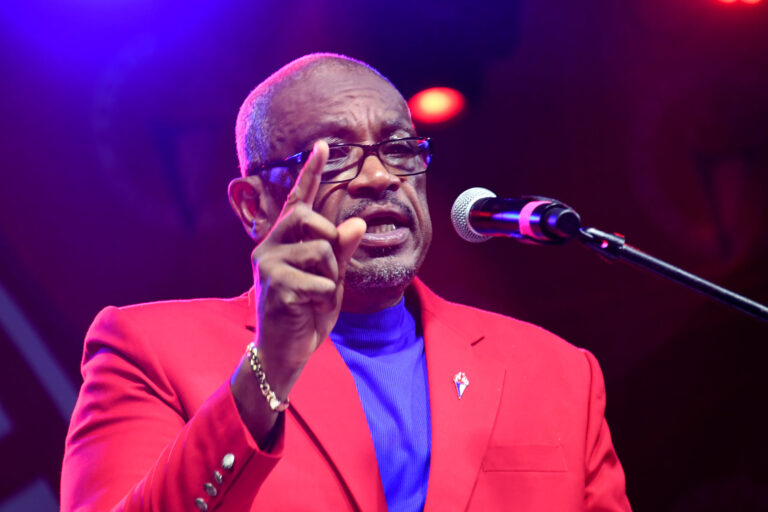 NASSAU, BAHAMAS — Former Prime Minister Dr Hubert Minnis will lead Her Majesty’s Official Opposition in Parliament next month but step aside for new leadership of the Free National Movement (FNM) at a planned convention in November.

The decision was confirmed last night following a more than three-hour meeting of the FNM council at Holy Trinity Activities Centre.

Minnis said the FNM parliamentary team has had substantive experience in opposition and as a government, and the public can expect the FNM MPs to be a “vibrant, aggressive opposition, and we would keep the government’s feet to the fire”.

The former prime minister said the Davis administration has made many promises, highlighting the promise to reduce the value-added tax from 12 percent to 10 percent.

Turning to the FNM council meeting, Minnis said: “When we spoke about the challenges we faced in terms of Irma, in terms of Dorian [and] in terms of COVID — they said that was no excuse, so we accept no excuse.”

“The Bahamian public was promised VAT to decrease to 10 percent and I’m sure they are looking forward to it.”

In the PLP’s ‘Blueprint for Change’ plan, released in the weeks ahead of the general election, the PLP promised to build a new hospital on New Providence through a public-private partnership while making improvements to Princess Margaret Hospital, and construct a new hospital on Grand Bahama through a PPP.

Last night, Minnis said he and his team did a complete assessment for a new hospital in 2010 while he was minister of health under the Ingraham administration, and identified sites on New Providence for the undertaking, and determined the costing at $650 million.

He said when his administration took office seven years later the decision was made to build new facilities of the hospital in stages because $650 million could not be afforded, noting that that decision was made before the economic shocks of Dorian and the pandemic.

“So, it is impossible,” Minnis said of the PLP’s promise.

The FNM was dealt a crushing defeat at the polls last week, capturing just seven of the 39 seats.

Last night, FNM Chairman Carl Culmer said: “A lot of supporters would have expressed their concerns and at the end of the meeting we agreed that the present leader, Dr Hubert Minnis, will take the party into convention and after the convention, we will a new leader to take the party forward,” Culmer told the media following the meeting, which concluded at around 9.10pm.

“Dr Minnis will not offer himself for leadership.

“We’ll have an opportunity to choose another leader.”

He continued: “Convention is proposed to be in November, no longer than the end of November.”

He said the FNM spoke with “one voice”, and Minnis will work with the future leader of the FNM to ensure the party is “battle-ready for the elections whenever it is called”.

Culmer thanked Minnis, who lead the FNM in a sweeping victory at the polls in May 2017, for his contributions to the party.

He also thanked all candidates who vied for office and the ground support workers, noting that notwithstanding the defeat, the “future is bright for the FNM”.

Minnis said he thought the candidates who ran under the FNMs banner did an excellent job, and he believes his administration did an “excellent job in paving the way forward for the country and preparing for a better future”.

“Unfortunately, the public felt differently and we accept that,” the former prime minister said.

“We would regroup, look at everything, analyze as to why individuals had not voted; what were the challenges and we would move forward and come out even better.”

However, some feel those members do not offer the kind of rebranding the FNM needs and are looking to another option, who is not represented in Parliament.

As seen with Minnis, who remained FNM leader when he was ousted as opposition leader by then Long Island MP Loretta Butler-Turner and several FNM MPs, the leader of the party does not have to have a seat in Parliament.