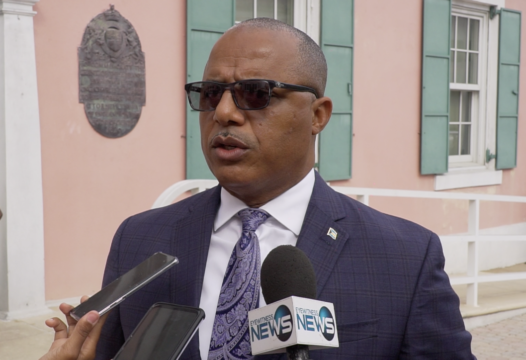 NASSAU, BAHAMAS — Dismissing suggestions that the government or Royal Bahamas Police Force (RBPF) have disrespected three senior officers whose special assignments have been extended for a further two years, Minister of National Security Marvin Dames said yesterday the deployment extension was determined because those ministries are in need of “significant help in terms of safety and security”.

“That’s certainly not the approach — to disrespect,” said Dames, who was responding to questions from the media outside the House of Assembly.

“I can’t say it’s the final decision. But you’re absolutely correct. I think their time certainly has been extended and the Royal Bahamas Police Force and the ministry, they’re working closely with the related ministries.

“These ministries are in need of significant help in terms of safety and security and we felt that, you know, within the police force, who is charged with that responsibility, that they could bring to bear the experience to assist the very key ministries.

“Education, for example, then health, which is another very important area, and so, we have extended the time.”

Assistant Commissioners Clayton Fernander, Leamond Deleveaux and Ken Strachan received letters from the commissioner of police concerning the extension of their special assignments this week.

Fernander, who reported for duty in January following the completion of his special assignment at the Ministry of Health, was advised to await word.

Deleveaux, who was deployed to the Ministry of Education, returned to duty last month and was also advised to await word.

Strachan, who was transferred to the Ministry of Social Services, took legal action.

Wayne Munroe, QC, who represents the senior officers, said the matter was a farce, indicating that when Fernander returned to the Ministry of Health, senior ministry officials were surprised.

The men were among of group of senior officers who were directed to take vacation time owed to them in 2019.

Upon their return, the men were then directed to their special assignments for a year.

But Dames said yesterday that while certain issues arise, the commissioner of police has sought to treat the men with “respect and dignity”.

“We work to do and we have to make certain that we do it right and we accord those [who] we are working with, the highest level of respect,” he said.

“And so, the commissioner has been working diligently to ensure that his officers are treated with the highest level of respect and dignity.

“And I expect that will continue.

“In matters of this nature, you may have issues from time to time.

“It is not intentional. We just have to work to iron out those issues to ensure that the transition is as smooth as possible.”

Strachan’s matter before the courts has reached the point of case management.

He is seeking damages, exemplary damages and cost, as well as other relief, alleging that the commissioner abused his power.