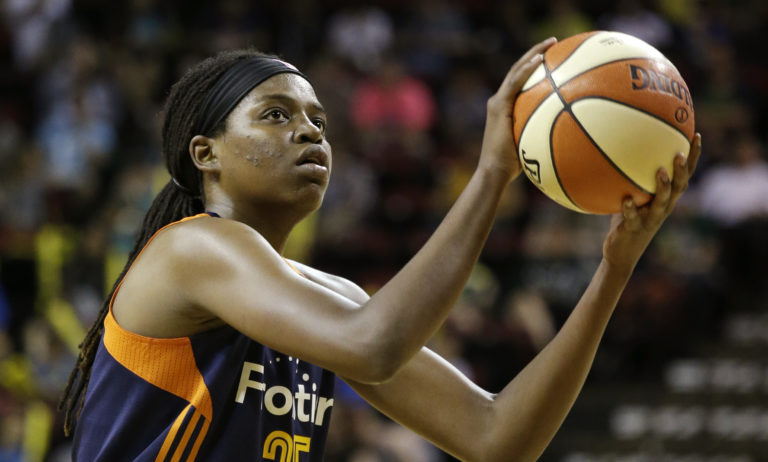 NASSAU, BAHAMAS — BTC CEO Andre Foster has refuted suggestions that the telecommunications provider did not renew its endorsement of Bahamian WNBA star Jonquel Jones because she openly identifies as a lesbian.

The West End-born reigning MVP opened up about her career and personal journey in a cover story for ESPN.com.

In the article, Jones described material consequences that have followed her decision to “embrace her identity as a lesbian and dress more authentically”, pointing out that BTC did not renew her contract.

Jones has been repeatedly honored for her career advancements, winning the Most Improved Player award in 2017 and the Sixth Woman of the Year award in 2018.

“The only difference is that I’m openly out and dressing differently,” Jones said in the article.

In response to inquiries from Eyewitness News, Foster said the company has “proudly supported the dreams of countless budding athletes through its dedicated sponsorship and commitment to youth empowerment and nation-building”.

“BTC currently has an endorsement contract with Olympian, Steven Gardiner.

“All endorsement contracts are executed for a specific period of time.”

“As a company, we do not discriminate against the LGBTQIA+ community in any form or manner.”

BTC stinks but they have Speedy Stevie Gardiner who is openly gay so they are not discriminating. She clearly wants attention.

To be honest I really don’t think this situation has anything to do with BTC, it’s just a way to spread false propaganda to advance the LGBTQ 🏳️‍🌈

Think every family is touch by this but not everyone agrees with it. If that’s the life style you choose then live your truth and don’t try to tarnish or spread false information on someone who have already contributed to your growth.