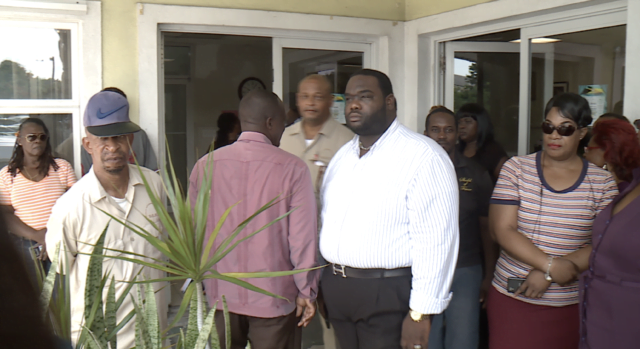 Staff at Dept. of Environmental Health stage walk out

NASSAU, BAHAMAS – Heated employees at the Department of Environmental Health on Farrington Road left their posts on Wednesday, fed-up that the building’s air-conditioning unit had malfunctioned – yet again.

According to President of the Bahamas Public Services Union (BPSU), Kimsley Ferguson, the air-condition unit has experienced problems for the past five years.

“There is something that can be done,” Ferguson lamented yesterday.

“We can put in place some ductless units [but] to do the same thing for so many years and expect a different result is crazy.”

Ferguson also claimed that in addition to the issues experienced with the air-conditioning, the ministry of environmental health building lacks proper ventilation and the water system must also be addressed.

Ferguson claimed that a human resource representative from the ministry said the issues surrounding the AC unit was due to a missing part that is not expected to be replaced until the Fall.

“There is a part on order that will not be here until some 6-8 weeks,” Ferguson said, adding that until then, there should be some contingency plan put in place to address the heat.

“I was advised by the HR manager that if persons are unable to endure the heat then they are able to sign out and go home. However, in the same token, there is a service being provided here for the Bahamian people that will no longer happen if that takes place.”