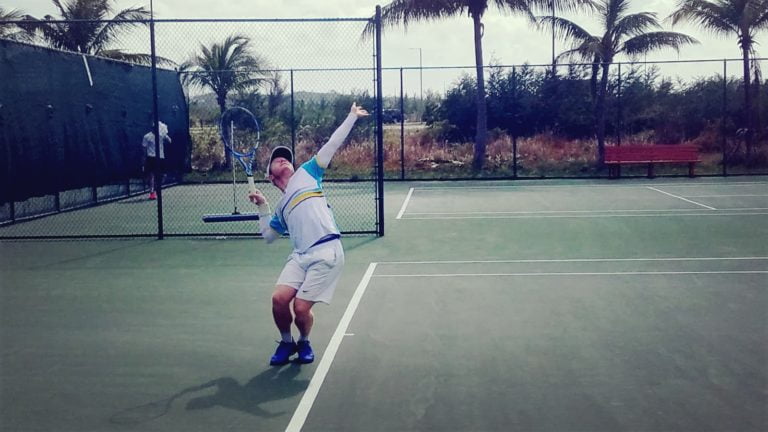 Both Baker Newman and Philip Major Jr. played their way onto the The Bahamas Lawn Tennis Association’s (BLTA) 2019 Davis Cup team over the weekend.

The pair will now team up with the two top Open Nationals finishers (Donte Armbrister and Justin Lunn) to represent The Bahamas in June in Costa Rica.

The BLTA hosted a trial tournament at its facility for the final two spots on Sunday, and during match play, Newman won two competitve three-setter tiebreak matches over Philip and Kevin Major Jr.( 3-6, 7-6, 10-5).

Later on in the day, Phillip surged back after losing to Baker and won a close three-setter over Spencer Newman( 7-5, 1-6,11-9 ).  Despite winning his first round matchup over Spencer Newman (6-3, 5-7,10-8), Kevin Major Jr. sustained an injury in his match against Baker and was not able to continue the next day. As a result, Philip secured another win with Kevin’s walkover.