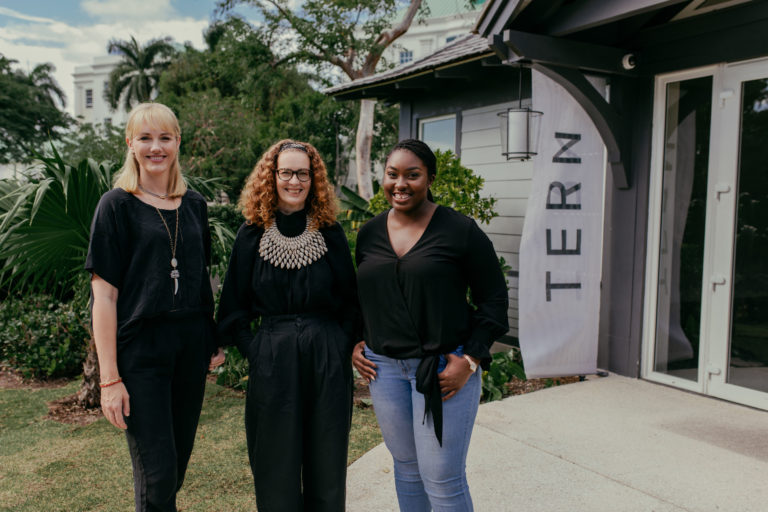 NASSAU, BAHAMAS — TERN Gallery, a new gallery in Nassau aiming to bring Bahamian and Caribbean art to the international stage, has officially opened, with longtime National Art Gallery of The Bahamas (NAGB) executive Amanda Coulson being named its founding director.

TERN opened on December 7, 2020 with an exhibition curated by Jodi Minnis entitled “Inherited Values”, featuring work by Kendra Frorup and Anina Major. The exhibition will run until February 8, 2021.

A statement announcing the gallery’s opening said the “synergy between local specificity and worldly appeal” is embodied by the gallery’s name, which refers to a species of beach bird that is native to The Bahamas but migrates worldwide.

The inaugural exhibition, “Inherited Values”, centers on two Bahamian artists whose practices draw on memory and cultural tradition to conjure a contemporary vision of economic possibility and ecological sustainability. Looking to the straw industry and Mortimer’s Candy Kitchen — a Nassau landmark beloved for its confections and community impact alike — Frorup and Major propose a space of potential where local commerce, creatively framed, can guide the way towards a prosperous future for island nations’ micro-economies.

“The urgency of envisaging flourishing Caribbean futures has been highlighted as the COVID-19 pandemic unearthed global structural inequalities the world over, further emphasizing the timeliness of Major and Frorup’s work,” the statement read.

“The exhibition calls on viewers to conceptualize a future where ancestral economies and sustainable practices are honored as precarious nations collectively build resilience while facing an uncertain future.

“Major and Frorup’s sculptures, installations and prints hold open a space of hope, proposing that problem-solving can begin with tending to the traditions that have endured. Taken as a whole, ‘Inherited Values’ responds to the ways in which commerce, heritage and vulnerability inform cultural values in the present, positioning memory as a form of documentation and vehicle for sustainability.”

Coulson noted: “We saw that the time was ready for TERN for several reasons: we have an amazing community of exceptional artists who required an exhibition space for themselves — and other Caribbean artists — that would put their work in a highly professional context that is on par with international standards.

“We aim to create the support structure for artists to reach beyond The Bahamas, to be represented truly globally. Our hope is that by representing our country and our artists on the international stage, we might finally be perceived as the genuine space we inhabit: sophisticated, intellectual and a site of excellence.”

Coulson brings to her new role at TERN expertise developed as NAGB’s executive director, a co-founder of VOLTA Art Fair and a longtime writer and curator.

Recognizing the urgent need for a professional gallery showing Bahamian artists at the international level, Coulson hopes to use both her connections and strategic insight to set pathways for emerging artists from the Caribbean to rise to global prominence. Observing that such opportunities are often structurally inaccessible to young Bahamians, Coulson intends to open a new space of possibility to uplift local thinkers and creators whose contributions have previously been under-recognized in the international art world.