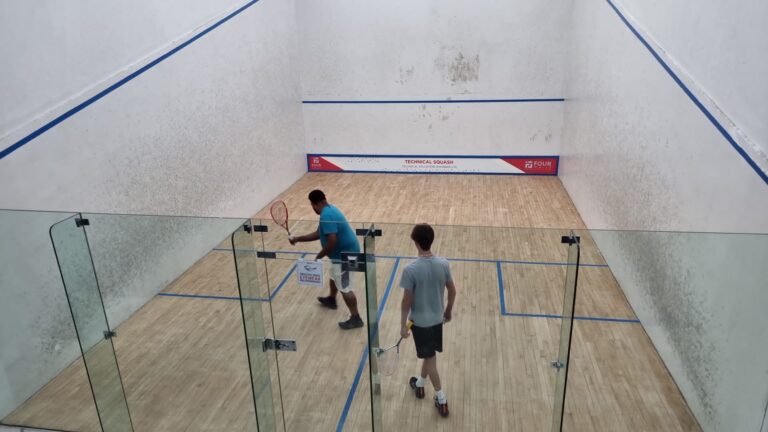 Sunday’s finals attracted old and new players, who were all excited to see the rebirth of the fun and competitive sport.

“The competition was a great success based on the level of participation on and off the court,
and how much fun everyone had.

Squash at Four Walls is recreational, but everyone loves a good competition every once in a while,” said Mike Fields, Tournament Director, who was happy to see participation from members and non-members of Four Walls Squash & Social Club.

He joined the club just one month prior to the tournament and had only participated in a few lessons.

“Just to get a feel for how other players play squash I said I might as well enter it and have a bit
of fun.

“It was a very welcoming and enjoyable experience.

“At no point did I feel pressure to perform beyond my abilities.

“Everyone was very welcoming and understanding of my skill level and willing to give me tips and pointers while not taking it easy on me so I could get better.

“I really fell in love with squash during the tournament,” said Knowles.

Looking ahead, Four Walls is hosting a kids summer camp in July, and plans to launch a Fall League along with the annual beginner’s tournament in October.

Fields said he looks forward to the continued growth of the club’s popular group coaching program.

This affordable learn to play program for adults is introducing many new players to the sport.