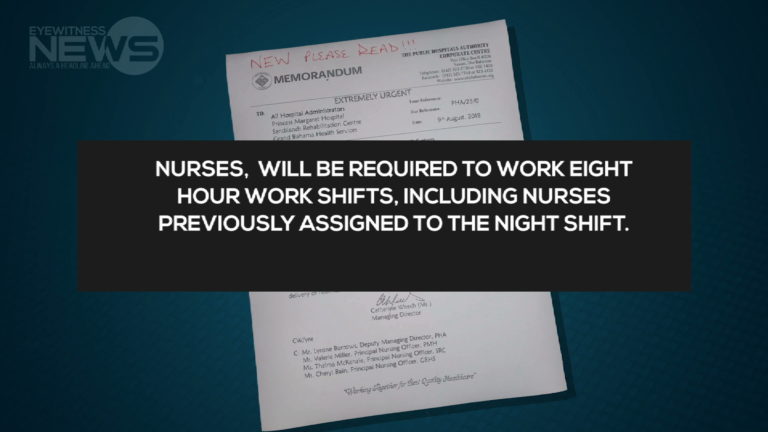 Four days on, four days off is over

The Ministry of Health announced late Thursday afternoon that the shift system, which the Bahamas Nurses Union (BNU) roundly rejected in recent weeks, will come into effect September 3.

A memo issued to all hospital administrators gave directives that the comprehensive shift system for the entire nursing complement is forthcoming.

Nurses, according to the memo, will be required to work eight-hour work shifts, including nurses previously assigned to a night shift.

The change is expected to eliminate the four-on, four-off system, resulting in increased availability of nurses, while reducing working hours per day for those currently working the night shift.

The notice added that the change is expected to reduce the exposure of nurses to errors and accidents.

Nurses have in the past threatened to take industrial action if the government went ahead with the shift system.

However, Health Minister Dr. Duane Sands indicated in an earlier interview, that the former union president had agreed to the shift system – an agreement he insists was binding.