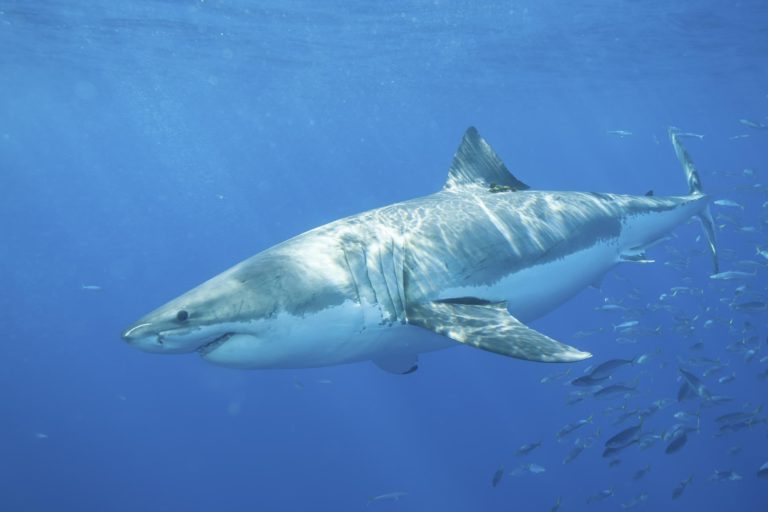 Three shark attacks in The Bahamas since last year

NASSAU, BAHAMAS – A prominent scientist and veteran meteorologist, who believe a certain weather condition may be linked to increased prevalence of sharks and shark attacks near shorelines, have been researching waters around The Bahamas to test their theory and recently expressed confidence that in the future their research could shed light on when sharks will come into closer contact with humans.

Dr. Greg Skomal and National Weather Service meteorologist Joe Merchant theorized that sea breeze activity and rapid increases in wind speed could play a role in nearshore and foreshore processes, including bringing marine life — both prey and predators such as sharks — closer to the shore.

The pair have been researching the issue for four years, and began testing their theory in The Bahamas in January.

The research encompasses using acoustic telemetry and satellite-based technology to study the post-release survivorship, ecology and behavior of sharks.

“If we can use the weather to indicate what sharks are doing we might be able to predict whether or not a shark attack would occur, and that would be amazing,” said Skomal in a Natgeo documentary.

The results of the study, though unclear when it could be completed, is hoped to support ongoing efforts to help mitigate the potential for shark-human conflict.

‘Forecast: Shark Attack’ is expected to launch on July 18 on NatGeo Wild.

Skomal, a marine biologist, has been a senior fisheries biologist with Massachusetts Marine Fisheries since 1987 and heads up the Massachusetts Shark Research Program.

He has also been conducting an ongoing population study on Great White shark along Cape Cod.

Merchant, a meteorologist with the National Weather Service at the WFO in Lubbock, Texas, has extensive research experience with severe storms and cloud seeding.

The research into shark location and sea breeze development began following a series of shark attacks off the cost of the Carolinas in 2015.

There have been two reported shark attacks, one of which was fatal, in The Bahamas for the year.

Jordan Lindsey died as a result of a shark attack while snorkeling with relatives in waters near Rose Island on June 26.

Earlier this month, an American man was bitten by a shark while snorkeling in waters off Guana Cay with two other visitors.

Of the 130 cases of shark attacks across the globe last year, 66 were unprovoked, the lowest recorded figure in the last five years.

Only four of those incidents were fatal.

On average, there are 84 unprovoked attack incidents annually, according to the International Shark Attack File compiled by the Florida Museum of Natural History.

Unprovoked attacks are defined as incidents where an attack on a human occurs in the shark’s natural habitat with no human provocation of the shark.

Attacks are considered provoked when a human initiates an interaction with a shark in some way, including instances when divers are biting after “harassing or trying to touch sharks, attacks on spear fishers, attacks on people attempting to feed sharks or bites occurring while unhooking or removing a shark from a fishing net”.

The vast majority of unprovoked attacks last year occurred in the United States and Australia — 32 and 20 attacks respectively.

Last June, Tiffany Johnson of North Carolina lost her arm during a shark attack while snorkeling in waters near Athol Island.

Of the remaining 64 cases, 34 were provoked attacks; nine were boat attacks; four were determined ‘scavenge’ or shark-inflicted post-mortem bites; one involved a shark that may have bene habituated to humans in the area; one involved a diver in a public aquarium; 10 were “doubtful”, in which the incidents may not have involved a shark; five were not confirmed.