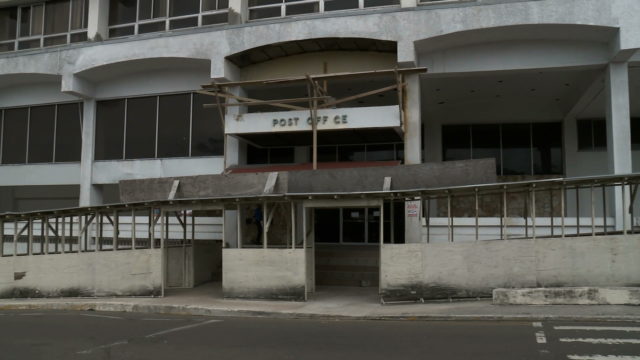 The general post office on East Hill Street has been placed on reduced operating hours due to an isolated power outage at the building, which has been plagued with long standing infrastructural challenges.

Operations came to a standstill yesterday after employees turned up for work and discovered that the power was off. Investigations revealed that the problem only affected the main building and officials said it is believed that an electrical issue might have been to blame.

Employees were sent home from 11 a.m.

“Employees have had their challenges here and they continue to show up to work.”

The acting post master general added that employees are awaiting the relocation of the general post office to the old Phil’s Food Services building on Gladstone Road.

Meantime President of the Bahamas Public Services Union (BPSU), Kimsley Ferguson said, the union was disappointed that it was not consulted by government on the relocation.

While he said he hopes for immediate relief for employees, Ferguson acknowledged that the process could take some time.

“The challenges at the post office are not only at this location … What we want to know is what the government plans to do with the employees in the interim.”

A notice was issued by the Ministry of Transport and Local Government, which  advised that the building is currently experiencing challenges with its power supply that will effect office hours, over the next few days.

Officials said operating hours are between 8:30am and 12noon, until further notice.