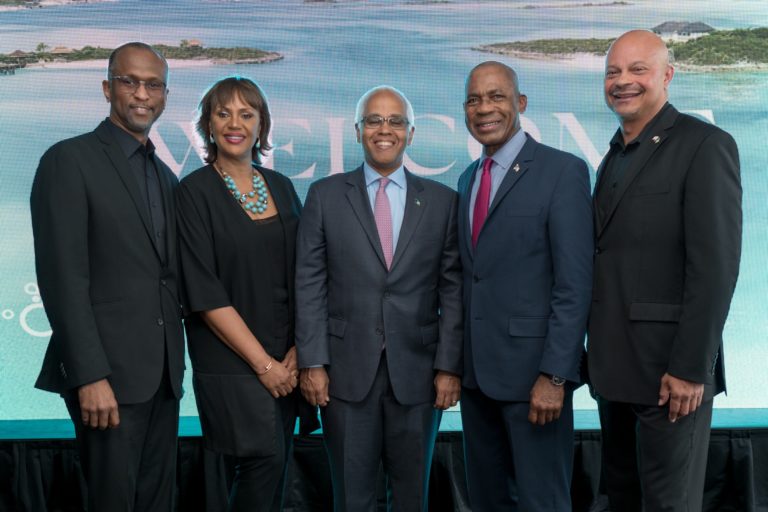 Set to the lyrics of Kravitz’s hit song, Fly Away, the television commercialand supporting marketing campaign capture his deep personal connection to The Bahamas, as well as the pure adrenaline rush of exploring the archipelago’s 100,000 square miles by boat and plane.

The campaign debuted in January in the U.S. and will begin running in broadcast markets across Canada this week.

Written in The Bahamas, Fly Awaywas inspired by the islands’ white sand beaches, crystal-clear waters and countless summers the singer spent with his grandparents and mother, the Bahamian-American actress Roxie Roker.

Behind-the-scenes videofollows Kravitz around his home base of Eleuthera, where he records music, embraces island time and appreciates “this gift we were given. ‘Take your time’ is our call to arms,” he said.

The commercial underscores The Bahamas’ powerful appeal as a destination that inspires adventure and exudes a rock ‘n roll vibe. “It also represents not only the edgy independence of the Bahamian people, but also speaks to those who travel to our islands for our natural beauty,” said Paul Strachan, Bahamas Tourist Office, Toronto.

“We are excited by this campaign and honored to partner with Lenny Kravitz. Our islands and his song fit perfectly together, allowing us to reach a broad new audience, especially digital content consumers, through authentic storytelling,” said Minster of Tourism Dionisio D’Aguilar.

“The Bahamas is absolutely inspirational. We know that and we believe this campaign demonstrates that to consumers in a true, direct way by sharing many of our people, their islands and their stories with the world. Setting it all to perfect music is icing on the cake,” said Director General Joy Jibrilu.

The Bahamas has been on a healthy, upward trend in international arrivals since October 2017 and closed 2018 strong. International arrivals increased 15 percent in January 2019 and 11 percent in February year-over-year, and future bookings continue to outpace the previous year. New and revitalized hotels, including Baha Mar, Atlantis Paradise Island, Lighthouse Pointe on Freeport, and Peace & Plenty on Great Exuma, among others, are contributing to the growing demand.

Regarded as one of the preeminent rock musicians of our time, Lenny Kravitz has transcended genre, style, race and class over the course of a 20-year musical career. Reveling in the soul, rock and funk influences of the ‘60s and ‘70s, the writer, producer and multi-instrumentalist has won four consecutive Grammy® Awards, as well as set a record for the most wins in the Best Male Rock Vocal Performance category. In addition to his ten studio albums, which have sold 40 million worldwide, this multidimensional artist has segued into film, appearing as Cinna in the box-office hits, The Hunger Games and The Hunger Games: Catching Fire. Kravitz can also be seen in the critically-acclaimed films Precious and The Butler. His creative firm Kravitz Design Inc. touts an impressive portfolio of noteworthy ventures, with a range that includes hotel properties, condominium projects, private residences and high-end legendary brands like Rolex, Leica and Dom Perignon. Lenny recently released his eleventh full-length album, Raise Vibration.