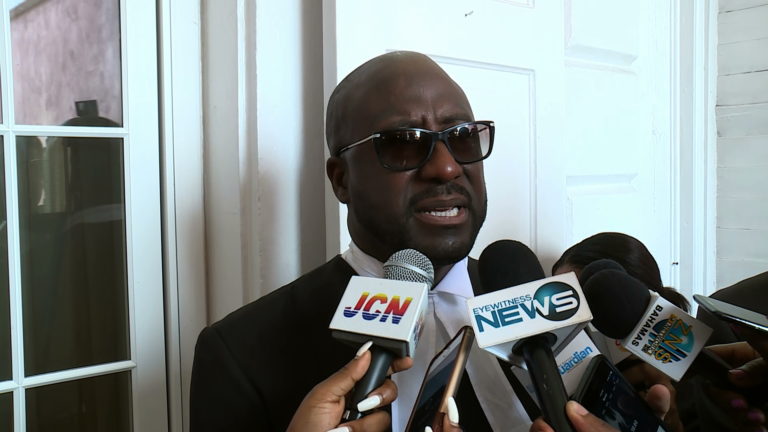 Garvin Gaskin, the newly appointed independent director of public prosecutions (DPP), speaks to the press after his swearing in ceremony.

Monday saw the marking of a historic milestone for the country’s struggling judicial system, as for the first time, an independent director in the Department of Public Prosecutions was constitutionally appointed.

This means that the body will now operate autonomously.

Well-known attorney Garvin Gaskin, who has ascended to the post, spoke poignantly with Eyewitness News about what he hopes to bring to the new role.

First on his list, he said, is increasing manpower to efficiently get the job done.

“Well, we certainly need an enhancement as it relates to human resources,” Gaskin said.

“Based on what we are seeking to do, particularly in the Magistrates Court. We want to have a greater presence, and that is going to require more suitably qualified bodies.”

Eyewitness News also asked Gaskin if court proceedings would progress with fewer hiccups as there have been instances where public prosecutors have shown up to court unprepared or unable to proceed with a trial.

It’s an issue the new director said he intends to address, while he maintained that the department cannot solely bear the brunt of the blame for the judicial backlog.

“There’s a lot of connectivity as to why these things happen, as opposed to the idea that we are ‘not ready’, (when we come to court),” he asserted.

“But, we are looking at the way forward with a holistic view. I have every confidence that once our cases are tighter, and witnesses are taken care of in a way where they feel safe enough to be a part of the process, then I think we will see a lot of positives.”

With alleged instances of political interference in the execution of duties within the department, the prime minister said, he is happy that this new autonomy will stop the issue at its root.

“Hopefully, those days where persons can credibly suggest some kind of political influence over the commencement or conduct of public prosecutions will now be over,” Dr. Minnis said.

“Hopefully, any suggestion of political influence over prosecutions by the executive arm of government will now be a thing of the past.”

Gaskin confirmed that his presence will still be felt within the courtroom but, he intends to be selective with those appearances to ensure that he is able to keep a hand on the administrative work within the department.