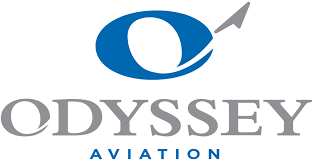 Boasting a feature of 25,000 sq. ft. hangar with a 200-foot clear span and a 28-foot high door which ultimately allows the Aviation Center to house aircraft up to the size of a Gulfstream G650.

The new structure, which also added 3,000 sq ft of fully office space (up for leasing) for Odysseyís tenants, also brings the facility to 50,000 sq ft of hangar space.

Fortunately, New Providence and many of the islands in The Bahamas spared the devastation of last yearís hurricane season which then made this past summer one of the busiest in the Caribbean countryís history.

In an interview with Eyewitness News on Wednesday, Odyssey’s Chief Executive Officer (CEO) Steven Kelly said, “business is booming in The Bahamas and at all our Odyssey Aviation locations, and this trend is predicted to continue.

The expansion of the 26.5-acre facility is part of the companyís ongoing commitment to provide the best in aviation services throughout the Bahamas.

He continued, ìOdyssey Aviation has always strived to ensure a quality customer experience, and we are constantly focused on training. We want all our guests to feel safe and secure and leave the Bahamas with a positive experience.

“The Hurricane has actually brought The Bahamas more business because of the devastation of the parts of the Caribbean, like the Lesser Antilles and other areas. We never know when it’s our turn to be the ones devastated but because we weren’t a lot of the people that go to St. Baarts and St. John and all those other places that they would normally go to, have now redirected their focus to The Bahamas.

“These very wealthy and very high-end people are very pleased with what they are seeing in The Bahamas,” Cleece explained.

According to Cleece, there were many reasons why those [wealthy] people did not purchase as much property in The Bahamas, because they were not pleased with what they saw.

“Now, it’s exceeding their expectations; like when Richard Branson event that was held here at the beginning of the year, and a lot more things are happening now because people are pleased with what they are seeing happening here [The Bahamas].

“The real high-end traveller is being reminded of how The Bahamas is and there is a lot more going on than in Nassau – they are travelling inter-islands more,” Cleece highlighted.

Odyssey Aviation facility’s expansion is to answer the new invested interest in the islands of The Bahamas, according to Cleece.

“If we build it, they will come. We predicted that something like this was going to happen, as we watched the growth in the area of transportation and the growth as the country grow, like the opening of The Cove ten years ago, (of course) Atlantis and now Baha Mar – we knew that would affect us including the buying and visiting of properties in the islands.

“There are now more people interested in flying to The Bahamas, not just our aviation facility, but the whole of LPIA,” Cleece confirmed.

Cleece openly shared that the expansion was much needed as our tenants need more space to park their private planes.

Our Hangar is very industrial and built to higher standards than most aviation’s hangars because we build for the hurricanes.

Odyssey Aviation Nassau and Odyssey Aviation Exuma are both a part of the Paragon Aviation Group which is an exclusive membership of independent FBOs that provide an elite experience to general aviation travellers.

Odyssey Aviation Nassau is consistently recognized among the top aviation service companies in the Caribbean region.