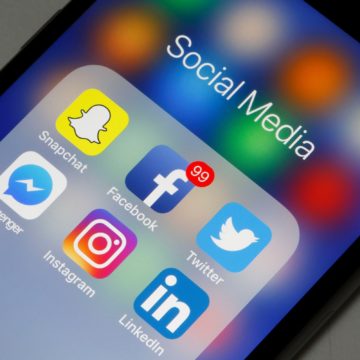 NASSAU, BAHAMAS — The government is set to introduce sweeping anti-fake news regulations that would criminalize the sharing, posting or reposting of false information, reports or statement on any platform, including social media.

According to a final draft of the Emergency Powers (COVID-19) Regulations, 2020, obtained by Eyewitness News, the publication, posting or re-posting on any media platform, including social media, of any purported news, report or statement that is known to be untrue, suspected to be untrue or “incites public fear, panic or ethnic hatred” shall be prohibited.

Under the proposed regulations, a person is liable, upon conviction, to a $10,000 fine and/or a term of imprisonment of 18 months in prison.

The government is expected to table the regulation in Parliament this morning,

It is also expected to table a proclamation order, declaring a state of public emergency, which take immediate effect March 17, 2020.

The order is expected to last for a period of 14 days, but can be extended upon parliamentary approval.

The Bahamas confirmed its first case of COVID-19 on Sunday.

In the weeks ahead, there were several reports among popular social media groupings, which suggested there was already a confirmed case in The Bahamas.

Minister of Health Dr. Duane Sands debunked those reports, and cautioned that the wrong information could have negative consequences, including creating panic and misleading international media outlets.

Following the confirmed case Sunday of a Bahamian woman, 61, individuals took to social media with claims about the patient’s identity and relatives.

There have been additional unofficial reports suggesting additional cases had been confirmed.

Last week, Pinewood Gardens MP Reuben Rahming hit out at “a culture of character assassination” taking place in the nation.

He referenced the challenge health officials face in separating fact from “fake news” amid a flurry of social media reports concerning COVID-19 in The Bahamas.

There have been numerous calls among politicians for Parliament to consider legislation to better moderate social media.

Last month, Speaker of the House of Assembly Halson Moultrie suggested the issue is “eroding the very morale fabric of our society”.

At the time, a video of three young children in school uniform jeering about the performance of oral sex, and other obscenities, including accusing a schoolteacher of having AIDs, made the rounds on social media.

Last October, the speaker said he believed the media in The Bahamas had “descended”, and as a result of competing with social media there were a “number of false reports, fake reports and opinionated stories” appearing in newspapers.

He was referencing the Minnis administration’s election win in May 2017.

During the campaign, the Progressive Liberal Party (PLP) strongly accused the Free National Movement (FNM) of using social media and political activists to spread anti-PLP propaganda and “fake news” about the Christie administration.