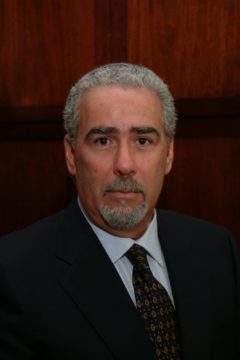 Backlog of some cases pushed to 2021

NASSAU, BAHAMAS – The government is making some major changes to its judicial system.

Last Friday, newly-appointed Chief Justice, Brian Moree, announced a plan to revamp the judicial system, which according to him, currently has several institutional shortcomings and is falling behind.

Moree said the introduction of a modern, integrated and efficient case management system will mainly address the inefficiencies with respect to case backlogs as cases have been pushed back as far as 2021.

And while Moree could not give a definite timeline as to when these upgrades would be completed, he underscored that these and other critical issues must be addressed forthwith.

“The volume of the work is the problem,” Moree said.

“You can never have enough judges. You can never have enough resources to deal with all these cases, so you’ve got to have a holistic approach to look at other pathways through alternative dispute resolution, through mediation, through a much a more effective and integrated use of technology, which would increase the productivity of the courts and will provide alternative ways to resolve disputes.”

Moree also said that the government will soon decentralize certain aspects of the court.

And while the court of appeal has a fully established website with a full menu of options related to court procedures and rulings, Moree also told Eyewitness News Online that the supreme court will have a similar platform in the coming weeks.

“We are hoping to go live with a new web page for the supreme court sometime within the next eight weeks. As you know, a web page is a dynamic portal which provides a lot of information and we would hope that we would be able to post our judgements that come out of the Supreme Court and to use that as a means of better communicating with the Bahamian public.”