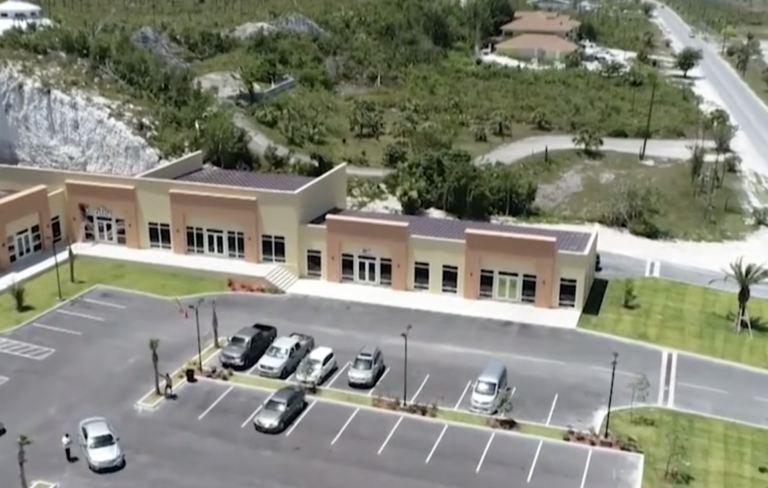 NASSAU, BAHAMAS — Nearly two years after Hurricane Dorian descended on Abaco, the opening of the Resilience Square Commerce Center in Marsh Harbour represented another pivotal milestone in the recovery effort and the resumption of Abaconian businesses.

The center, coined resilience in honor of the undefeated spirit of the residents of the community, was made possible through a public-private partnership between the government and Brickell Management.

It was conceptualized just weeks after the storm and constructed in just over 12 months.

Of the 14 commercial spots available, 11 have been occupied by businesses, a testament to the incremental revival of Abaco’s economy.

The first three months of commercial rent for the businesses of the center will be waived.

During the opening and blessing ceremony, Brickell Management Chairman Sebas Bastian said while he did not experience the storm firsthand, as one of the first people on the ground “nothing could have prepared me for what I saw”.

Bastian said despite widespread destruction the people of Abaco remained resilient and strong.

“As a business owner, an individual and a philanthropist, I was driven to do my part in the mass reconstruction,” he said.

“We knew that the recovery would be a long process that needed to be addressed immediately.”

Bastian continued: “Despite a great deal of uncertainty with what laid in the cards of this island, we began construction just three short months after the storm had passed.

“This facility was designed to aid the return of commerce to this great island of Abaco.

“It was clear that targeted and coordinated investments such as these types of projects would curate anchor facilities, restore a quality of life and would encourage residents to return home and stimulate the economy.”

Abaco Chamber of Commerce President Ken Hutton thanked the prime minister and Brickell Management, as well as the Disaster Reconstruction Authority, which continues to oversee the rebuilding effort on the island.

He said the Abaco community needs places for businesses to open.

“We’re still begging for a location for businesses, so I am very happy that this is opened

“We have about 40 percent of our businesses pre-Dorian have returned to Abaco, so we have a long way to go. You building this puts a real vote of confidence in the Abaco community, which is very much appreciated.”

Meanwhile, Prime Minister Dr Hubert Minnis, who said the government knew that recovery would take time on the islands impacted after sustaining 3.4 billion in damage, noted that involvement of the private sector is “absolutely necessary”.

“This came naturally for my administration, which was born out a political tradition of private, public sector engagement for the public good,” he said.

“Government has a pivotal role in national development and national emergencies.

“The private sector also has an essential role in national development and without the private sector in the recovery and rebuilding efforts from the start, we knew we could not rebuild our communities in ways that enhanced their resilience and ensured sustainability.

“This is why I want to commend the Brickell Management Group BMG its team of contractors and construction workers and the group’s chairman, ambassador-designate for South Africa, Mr Sebas Bastian on the completion of Resilience Square.”