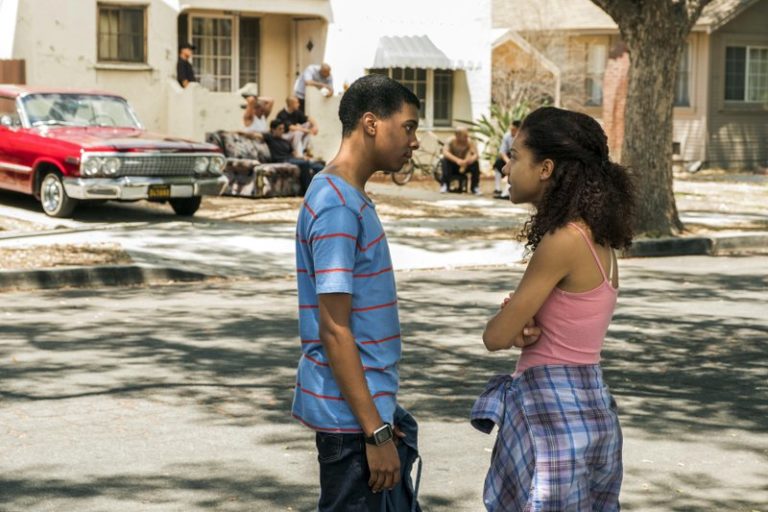 This image released by Netflix shows Brett Gray, left, and Sierra Capri in a scene from “On My Block.” The new teen dramedy attempts to tackle race and poverty with John Hughes 1980s-style humor. Set in a fictional working-class Latino and black Southern California neighborhood, teens work through typical issues of love and acceptance despite the gang violence and constant police presence. (John O Flexor/Netflix via AP)

Co-creator Eddie Gonzalez says the show is loosely based on his life growing up in Compton, California.

The series follows Ruby Martinez, played by Jason Genao, as he and his friends — Monse Finnie, played by Sierra Capri, and Jamal Turner, played by Brett Gray — navigate high-school dances and chemistry exams while trying to avoid the inner-city turbulence around them.

The 30-minute, 10-episode series is part of a growing number of productions about people of color in the United States.

__
This article was written by RUSSELL CONTRERAS, Associated Press writer.