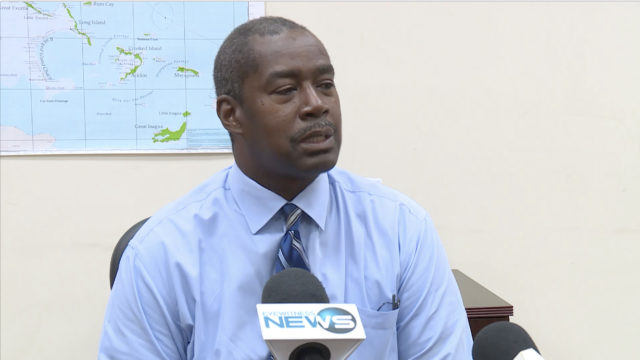 With the peak of the 2018 Atlantic hurricane season only a week away, head of the National Emergency Management Agency (NEMA) Captain Stephen Russell outlined to media yesterday, government’s preparedness plan.

“I am generally pleased with the state of preparedness,” Russell said.

According to the NEMA chief, the team is currently prioritizing which areas they will focus on repairing because of limited funding.

Russell said that when it came to distributing funds for repairs, some Bahamians were taking advantage of the hurricane relief funding.

“I had a discussion with a visitor this morning who is concerned that their relative is going to spend the money on something completely different from hurricane repairs,” he said.

“So when you see tarps a year and a half after a hurricane, people have gotten funds but were redirecting them to other things.

“A lady came from an adjacent neighborhood (saying)  her son took the funds and used it for drugs,” explained Russell.

“We are making note of who is receiving funds.”

Russell said that the government started this new distribution program because providing materials for Bahamians did not work. He said NEMA has given dozens of Bahamian homes up to 4,000 dollars to go towards repairs but many of the residents have been trying to outsmart the program.

“The government has been awarding contracts to repair senior citizens home and instead of completing five houses in a week they are down to two,” he claimed.

“They are stretching our eight week program to five months.”

Russell said the government made an agreement to not provide any one household with more than 4,00o dollars towards their hurricane relief.  He said that even though some Bahamians’ repair costs are well over that amount, the set budget will not change.