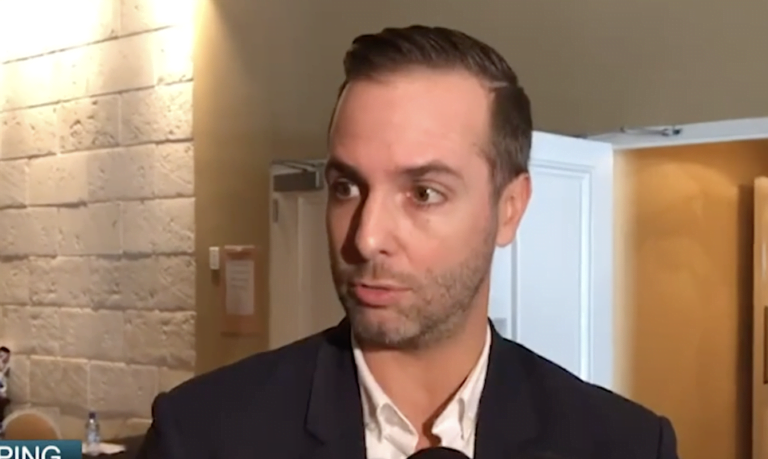 Speaking to reporters on the sidelines the Bahamas Reconstruction and Resiliency Business Forum, Seguin said installation of the solar panels is ongoing, with an end of the month deadline for completion.

The forum was hosted by the High Commission of Canada.

Seguin said the energy storage component is expected to be completed by the end of the year.

“The solar part is progressing really well,” he continued.

“…I would say around 30 percent to 40 percent of the solar panels are installed.

The project mobilized in November with Waugh Construction, which started the land clearing and concrete work before the holidays and then remobilized last week.

“The intent of this system is to displace around 90 percent of the diesel fuel that was used for power generation on Ragged Island,” Seguin continued, when asked about the resiliency of the panels.

“So it will almost be entirely supplied by renewable energy. When there’s cloudy days, of course the diesel generator will have to be there as a backup.

“But in regular normal operations, it will be fully supplied by the solar system and the battery system.”

The design of the project is built to withstand 180 mph wind.

However, Seguin said the company is working with Salt Energies toward a stronger design that could withstand up to 200 mph winds.

Asked whether he believes the system can work on other islands throughout The Bahamas, Seguin insisted that it would be beneficial.

“I think distributed power generation could make a lot of sense where you have the central grid from BPL and in case of grid failure, those microgrids could be distributed, especially on the longer islands, or the islands that have to cover more than 100 km of power lines,” he said.

“It will make sense to have distributed solar rays in those specific locations, so if you lose the power grid you can still power back up probably faster than rebuilding the entire transmission line, at least for really quick recovery.”

The company was among several Canadian-based key industry players, potential buyers, investors and partners to present at the High Commission of Canada’s event at the Melia.

Seguin said his company has also involved itself in other BPL tenders and are awaiting the results.

“Hopefully we can see if we can replicate the design and the concept of Ragged Island for other islands to increase resiliency on the power generation side” he said.