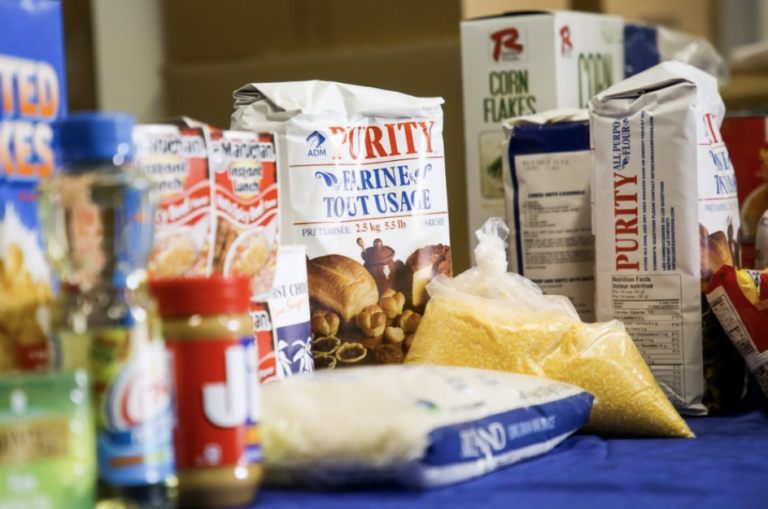 Courtesy of the Bahamas Feeding Network, which is working with the National Food Distribution Task Force and responsible for the northeastern zone of New Providence.

NASSAU, BAHAMAS — A total of 137,350 people received emergency food supplies in April and May through the government’s food distribution plan and networks at a cost of more than $2 million, according to Prime Minister Dr Hubert Minnis.

During his wrap-up of the budget debate, the prime minister said more than 41,000 units, which included parcels or vouchers, were distributed.

The government created the National Food Distribution Task Force — a partnership between the government and non-governmental organization — in response to increased food needs during the pandemic.

Another $500,000 was provided to the task force last Friday, Minnis said.

During the pandemic, nearly 1,100 individuals received emergency food coupons at a total value of over $134,000.

Additionally, emergency food coupons were distributed to 120 persons with disabilities.

“This is one of the largest and most unprecedented such food programs in the history of The Bahamas,” Minnis said.

“It is a massive logistical program comprising the entire country.

“It is also one of the largest ever public/private social care initiatives in the history of The Bahamas, utilizing a caring network of faith-based institutions and NGOs.

The NGOs involved include the Bahamas Feeding Network, Lend and Hand Bahamas, Bahamas Red Cross, Hands for Hunger, IDEA Relief, and One Eleuthera Foundation, among others.

The government’s food distributions plan will deliver continue to deliver food up to  August 31, 2020 — a 12-week period.

Minnis said the additional resources to be provided to the Department of Social Services’ feeding programs coupled with the ongoing work of the National Food Distribution Task Force, will ensure “all Bahamians have adequate food supply”.

Food support in the department will receive an allocation of $25 million in the upcoming period.

In response to the threat of the virus, the government, like many other Caribbean jurisdictions, closed the country’s borders.

Thousands were temporarily laid off, furloughed or terminated as a result of the shutdown and closure of business, including major resorts.

At last report, over 55,000 people have sought unemployed benefits in The Bahamas and the joblessness rate has been estimated to be close to between 35 and 40 percent.

In Parliament, the prime minister said his administration’s policies to assist those impacted by the virus has ranged from food and rental assistance to tax credit program, loans and grants, as well as temporary income replacement.

“We assisted Bahamians in practical ways,” said Minnis, as he touted his administration’s ‘Resilient Bahamas’ budget to chart the restorative course over the next fiscal year.

He said while ensuring the health and safety of every residents in The Bahamas, the government will shore up the healthcare system and invest in improved health infrastructure that will be ready for any future health threats.