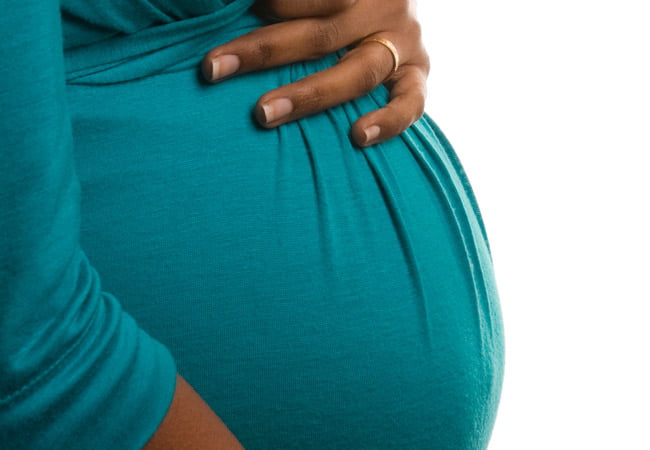 NASSAU, BAHAMAS — As governments, industries, and citizens world-wide seek to adjust to a new normal amidst the global coronavirus pandemic, new and expectant mothers have also seen challenges in navigating pregnancy and postpartum in the COVID-19 era.

Precious Bethell, an expectant first time mother, told Eyewitness News she is struggling to cope with the new normal.

Bethell said she was heartbroken when she found out her fiancé “won’t be able to witness the birth of his child or cut the umbilical cord”.

“My biggest issue is that in a time we are most vulnerable, we are faced with so many things,” she added.

“No support in the birthing room. No shower to celebrate a new birth and we are expected to take a COVID-19 test.

“While I know it’s for the best, it’s truly unfortunate, devastating and depressing”.

Even though little is known about the impact of the virus on pregnant women, the World Health Organization (WHO) has advised expectant mothers to take the same precautions to avoid COVID-19 infection as other people, including practicing hand hygiene and safe social distancing protocols.

When Ianthia Smith-Ferguson and her husband Farreno Ferguson planned the birth of their first child, the couple could not imagine a scenario where they would not have shared the moment together.

However, earlier this month, Smith-Ferguson found herself providing her husband with a play-by-play of the labour experience via text messaging.

He was not allowed in the birthing room or the hospital facility due to heightened protocols to mitigate the spread of the virus.

“I was so looking forward to him being there, being my partner and helping me through this experience,” the new mother told Eyewitness News, “but at the time it just was not allowed so I just had to go through the motions and bring our little girl into the world without him there.”

Ferguson was also unable to go to the hospital after the birth and had to wait 24-hours until mommy and baby were released.

After returning home to settle into their new life, they soon found that the plans they had made and the memories they had anticipated would become a different reality – one she chronicles on her website and blog.

Smith-Ferguson said this was even more evidenced when her father had to meet his grandchild through a window and relatives have had to call via video chat to be apart of the baby’s first few days.

“We are just winging it,” she continued.

“…It’s been rough but we’re figuring it out as we go. I know this is the new normal now but hopefully we go back to our other normal sometime soon.”

Another new mother, who asked not to be named, said her greatest fear has been the exposure of her one-month-old to the new world.

The young mother said since having her baby girl, just days before the country went into a lockdown, she has not been able to take her anywhere, including to her doctors visits.

“It’s kind of scary,” she said, adding that her and her husband have been staying at home and relying on relatives to do their shopping because neither wants to go out and potentially risk exposing their child.

In the meantime, the 28-year-old wife and mother said they have been trying to adjust as best they could utilising technology to video call relatives and keep in touch with their pediatrician.

“We kind of feel handicapped, but we know it’s for her safety,” she said.

The Bahamas has confirmed 54 cases of the virus in the country to date — 45 in New Providence, seven in Grand Bahama, one in Bimini and one in Cat Cay.

In efforts to slow the spread and mitigate significant impact on the country’s already weak health system, a state of emergency was declared, the country’s borders have been closed and a nationwide curfew and lockdown has been implemented.

As a result establishments including department stores, pharmacies, and even doctors offices have been shuttered.

At 34-weeks pregnant, Dominique Knowles said the ordeal has sparked fear, anxiety and uncertainty as she prepares to welcome her second child into the world.

“It’s been really strenuous,” said the 32-year-old wife and mother, in an interview with Eyewitness News.

“…It’s to the point where once or twice I’ve actually cried at home.”

Knowles noted that with health facilities shut down throughout the country, there has been little to no information disseminated for new and expectant mothers.

She said while she understands that the government is doing what it can to update the country, “They are leaving out mothers. The future is still at hand. It’s still at work.”

Along with the challenges in the access to healthcare and information, Knowles said lack of preparation time has created a “nightmare” in finding newborn items for her hospital stay and the baby’s arrival.

She noted that in order to secure much needed items, her and her husband have had to rely on local social media platforms, unsure of what they will get until it arrives.

But even in this, Knowles acknowledged the risk of exposure in meeting people, exchanging funds and disinfecting the purchased item.

Compounded with these issues, she added, is the possibility that her husband won’t be allowed in the delivery room.

Despite all of this she encouraged other mothers to be strong, insisting that they “keep God, keep faith and everything will be all alright”.

Always a headline ahead, around the world, Bahamas, coronavirus