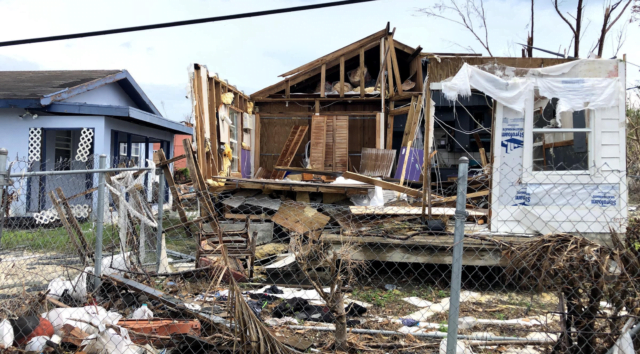 NASSAU, BAHAMAS – A national service will be held this month to bury the unclaimed remains of 50 Hurricane Dorian victims in Abaco.

Managing Director of the Disaster reconstruction Authority Kay Forbes-Smith stressed the remains will be buried in individual graves.

She said a team from coroner’s office in New Providence will travel to Abaco today.

“The DRA will not exploit the memory of the deceased,” Forbes-Smith said, during a press conference on post-Dorian recovery efforts.

“We want to make sure family members are aware of what is happening.

“Discussions circulating of a mass burial is not true, it is false and no one should exploit this issue.

“The remains of the unknown will be placed in individual graves.

“Out of respect for families we do not wish to say anything further on this matter.

“It is expected in the coming days that a date this month will be announced for the national service for the families.”

It remains unclear how many people are still missing.

There are still remains of 50 victims being stormed in refrigerated coolers on Abaco,

Forbes-Smith said the Bahamas United Funeral Homes and Morticians Association and Bahamas Christian Council has been contracted to take carriage of the organization and planning of the burial.

“On Tuesday the DRA’s technical team lead by its Chairman Wendall Grant, a Civil and Structural Engineer, will be on Abaco to determine the exact location for the burial on the site already determined,” Forbes-Smith added.

“During this process, the Christian Council and Morticians Association will meet with family members of people presumed deceased to discuss any special considerations and concerns they may be regarding the burial.”

The government has allocated some $275,000 for the burial of unclaimed Dorian victims – which is expected to come from the consolidated fund, according to a Ministry of Health post-Dorian strategic response plan of action.