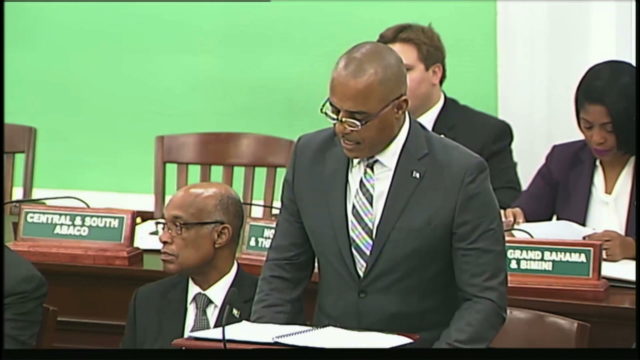 Major crime in the country is down by 14 per cent, according to the national security chief, who released new figures in Parliament yesterday and said the Minnis administration plans to augment the existing crime fighting forces with 100 new recruits.

Minister of National Security Marvin Dames in his contribution to the country’s mid-year budget debate in the House of Assembly yesterday, attributed the success to an ongoing rebranding of the Royal Bahamas Police Force.

The RBDF, Dames said, is now focused on integrating more civilians for administrative work. This he charged, would allow more officers to be on the front line of the crime fight.

Illegal firearm seizures, according to the minister, are also up by 50 percent. He said his ministry is hopeful that this trend will continue, as various entities have been mandated to work together to better guard the country’s borders.

Additionally, he said, the government plans to hire 100 recruits through a new vetting mechanism.

“The process will not be driven by politics like years past. We will have to meet higher standards … these will include metal health, drug screening, etc.,” he said.

“The RBPF is capable of dealing with complexities of the 21st century Bahamas but we need the right men and women involved.”

Other plans to strengthen the RBPF include a relaunch of the cadet program.

“Cadets will be expected to serve at least two years. Students will work for 18 hours a week 3 of which will be spent for BGCSE preparation.”

Improvements will also be made to police stations across the country, he said, which are in dire need of repair.