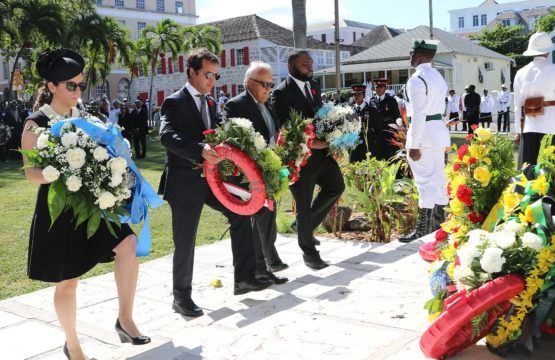 Governor General Dame Marguerite Pindling and Prime Minister Dr. Hubert Minnis headed a list of government officials in attendance.  British Legion Bahamas Branch World War veterans were present, and are pictured in the front pew of the cathedral.  The Christ Church Cathedral Choir is photographed performing a selection.  Community organizations marched in the Annual Parade to the Garden of Remembrance, where a solemn ceremony was held, and wreaths were placed at the Cenotaph.