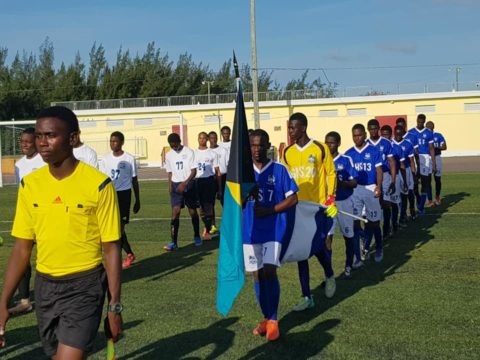 “We are pleased with the group of teams gathered to compete for the national crown,” said Bahamas Football Association (BFA) General Secretary Carl Lynch. “We expect some stiff competition over the course of the next two days. We had a strong turnout in terms of crowd support on the opening night. This is the largest turnout we had so far on an opening night. So, we hope that this continues as well throughout the tournament.”

There will be no games played tomorrow. Tournament action resumes on Thursday at Roscoe Davies Field.