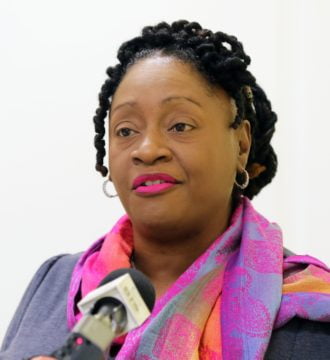 NASSAU, BAHAMAS – Officials at the Bahamas National Drug Council (BNDC) are challenging the smoking public in The Bahamas to quit smoking “even if for just one day” during the annual observance of World No Tobacco Day (WNTD).

The Bahamas will join the World Health Organization (WHO) and its other global partners in observing World No Tobacco Day on Friday, May 31.

Director of the Bahamas National Drug Council, Dr. Novia T. Carter-Lookie, extended the challenge, saying that there are numerous benefits to quitting smoking “even for just one day.”

Dr. Carter-Lookie said research indicates that roughly six million persons, globally, die from tobacco-related ailments annually. She said that number is projected to rise to over eight million deaths annually by the year 2030.

Dr. Carter-Lookie said: “Smoking is an important causative/risk factor for various diseases (as) about 25 diseases are caused/aggravated by smoking.”

These include lung cancer (80-90 per cent of deaths due to smoking), tuberculosis, heart disease and stroke, in addition to liver, colorectal, cervical, and bladder cancer, and cancer of the tongue, oesophagus, larynx and pancreas.

“The diseases caused by smoking can harm almost every organ in the body,” Dr. Carter-Lookie said.

Second-hand smoke, Dr. Carter-Lookie said, can be just as damaging/deadly to children and adults.

“Research shows that non-smokers who are exposed to second-hand smoke inhale many of the same cancer-causing substances and poisons as smokers. Second-hand smoke can cause coronary heart disease, cancer and strokes in adults who have never smoked in their lives.”

The WHO reports that non-communicable diseases such as diabetes, heart disease and cancer are responsible for 70 percent of the world’s deaths, placing those diseases among the top threats to global public health — right up there with climate change and air pollution. Some of the leading risk factors of non-communicable diseases include tobacco use, physical inactivity and binge drinking, among others — all of which also exacerbate mental health issues.

Dr. Carter-Lookie said tobacco smoke contains more than 7,000 chemicals, at least 250 of which are known to be harmful, including hydrogen cyanide, carbon monoxide, and ammonia.

“Among those 250 known harmful chemicals in tobacco smoke, at least 69 can cause cancer,” Dr. Carter-Lookie said.

Observed since 1987, World No Tobacco Day has been used as an opportunity to raise awareness to the harmful and deadly effects of tobacco use and second-hand smoke exposure, and to discourage the use of tobacco in any form. The Bahamas’ observance will be held under the theme: “Don’t Let Tobacco Take Your Breath Away.”

The focus of World No Tobacco Day 2019 is on “Tobacco and Lung Health.” The campaign is intended increase awareness on the negative impacts that tobacco and tobacco products have on people’s lung health, from cancer to chronic respiratory disease, and the fundamental role lungs play in the health and well-being of all people.

The campaign also serves as a call to action, advocating for effective policies to reduce tobacco consumption and engaging stakeholders across multiple sectors in the fight for tobacco control.

This article is written by Matt Maura – Bahamas Information Services.