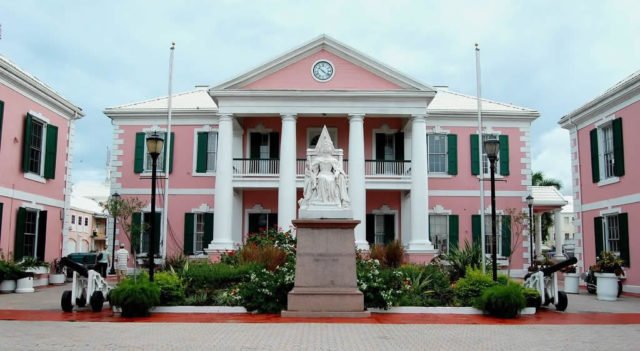 The bill will, among other things, establish an agency that would conduct investigations to provide security assessments for the National Security Council; and assist the minister of foreign affairs in collecting information or intelligence relating to “capabilities, intention or activities of any foreign state, foreign powers or group of foreign states or foreign powers”.

The agency would be headed by the director, a position appointed by the governor general, acting of the advice of the prime minister, who would consult with the leader of the opposition.

According to the proposed legislation, the agency would be limited to “what is necessary for the purposes of the discharge of its functions”.

It would be autonomous and free from influence or consideration not relevant to its primary mandate, the bill notes.

The director would be responsible for ensuring nothing is done by the agency that might lend support to “any suggestion that it is concerned to further protect the interests of any particular section of the community, political party or with any matters other than the discharge of its functions”.

During debate, Minister of National Security Marvin Dames said The Bahamas must effectively manage crime, and its ability to determine domestic and international threats is critical, particularly in the current global environment.

“Mr. Speaker, this proposed NCIA Bill seeks to establish a government agency with responsibility for gathering intelligence that may very well enhance the security of The Bahamas,” he said.

“This bill is distinct from other national intelligence structures such as those in the United Kingdom, Canada, the United States and Australia, mainly due to this governmental construct.

“However, there are common components which will help to facilitate global standardization and help to create and effective or optimal national intelligence system for The Bahamas.”

He said the agency will be housed in an identifiable structure — a centralized location to process intelligence, both domestic and foreign — and ensure transparency to the publicAccording to the minister, the establishment of the NCIA is a necessary and critical change to law enforcement in The Bahamas that is “long contemplated and arguably overdue”.

He also noted that over the last five years the government has spent between $286 million and $453 million on the five branches of law enforcement, with the bulk allotted to personnel to engage in intelligence-driven activities.

“Most of the agencies, which I make no criticism of, conduct their operations covertly — all of whom have significant individual powers to gather intelligence in the protection of our national security,” the minister said.

However, Englerston MP Glenys Hanna-Martin made the case that the agency appears to have carte blanche powers, and suggested that lawyers, who have legal privilege, should be excluded from warrants for interception of communications.

She also raised concern that the definition of threats to national security are too broad.

The bill would establish an Intelligence and Security Committee of Parliament that would be responsible for the administration of finances for the agency, the general review of its performance and investigate any complaints in relation to the NCIA.

According to the bill, the committee, referred to as the Review Committee, shall consist of seven parliamentarians – five from the House of Assembly and two from the Senate.

The bill provides for the leader of the opposition to nominate two members – one from the Lower Chamber and another from the Upper Chamber, while the prime minister would have three nominations from the House and two from the Senate.

The review committee would have the power to consider any particular operational matter of the agency, except in cases where it is part of an ongoing intelligence operation or of “significant national interest”, the bill notes.

These reviews would be conducted in private.

Dames insisted the establishment of the NCIA will not conflict with current or future democracies or civil liberties.

He said provisions in the bill ensure proper oversight and mechanisms to guard fundamental rights and “serve the purpose to which it was designed; that is the security of every resident and the national security of this, our nation”.

He said controls have been considered to not allow the abuse of powers or political interference.

He said, “No government and/or group will be able to exert pressure on this agency to perform intelligence gathering operation on organizations or individuals if there is no direct concern with genuine threats to national security.

“More importantly, and more directly, the agency should never engage or imply any services or favour to any political party over another.”

But Hanna-Martin noted that while the role of director is to ensure the agency is kept free from any influences or considerations not relevant to its functions, the bill provides for director to be subject to the directions of the minister of a “general or specific nature to be observed with relation to the performance by the agency of its functions or the exercise of powers”.

She continued, “You can well imagine the severe agitation in the public’s mind for a law which gives vast powers to a secret agency, which is led by a director that takes directions from a politician.”