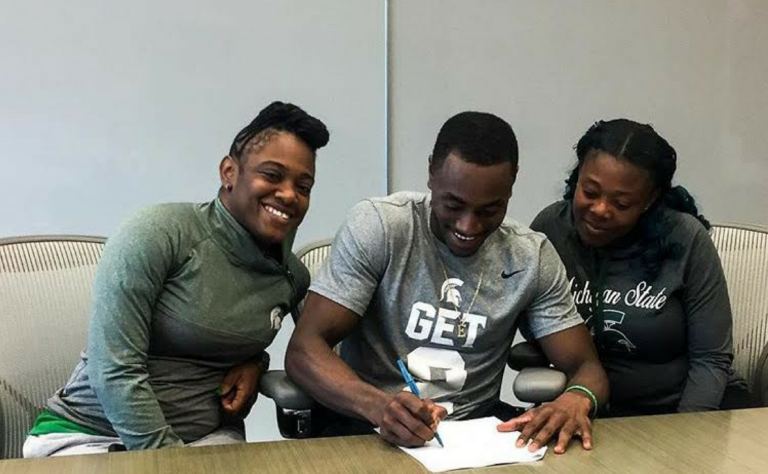 Former Michigan State University (MSU) Spartan Lourawls “Tum Tum” Nairn recently said he’d be open to a role as an assistant coach on MSU’s bench, under coach Tom Izzoin in the near future.

However, it appears those plans are on the back burner for now, seeing that Nairn hired an agent this weekend with the hope of landing a professional deal.

Nairn took to Instagram to announce his decision to move on from his collegiate career and pursue a professional deal. Nairn signed with Ryan Dempsey of Kitch Law Firm.

“Thank you, Lord, for your many blessings and opportunities,” Nairn said.

“Thanks to all my family, friends, coaches, and teammates who have helped me in ways I cannot explain.

Nairn’s final season with the Spartans ended prematurely with an upset loss in the National Collegiate Athletic Association (NCAA) Tournament’s Round of 32.

The 5’9” guard saw his numbers and role with the team decline with the emergence of sophomore guard Cassius Winston. He averaged just 1.7 points and 2.9 assists per game in his final season. Nairn’s junior year was his best statistically, putting up 3.5 points and 3.6 assists for the Spartans.

Along with his play, Nairn was best known for leadership abilities, both on and off the court. He was awarded the Stephen G Scofes Inspirational Player Award this past offseason for the third straight year.