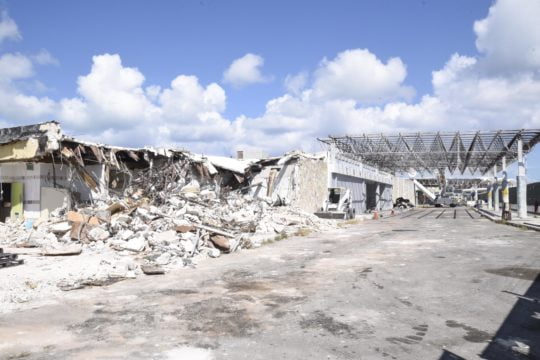 Land will be used for future airport expansion plans

NAD’s Maintenance & Engineering Department is spearheading the project and estimates a 10-week timeline for the initiative.

According to Kevin McDonald, Vice President of Maintenance & Engineering at NAD, the building will be demolished using heavy equipment and trucks to remove the debris.

Built in the late 1950s, the old domestic and international terminal opened for operation in 1957.

Once the building is completely demolished, the land will be used for future airport expansion plans. Consideration is being given to the construction of a new dedicated Domestic Terminal at the airport. The site will not be used for the proposed airport hotel.

The proposed hotel site is on 4.68 acres of land just northeast of the existing US Departures Terminal building near the airport’s international parking facility.