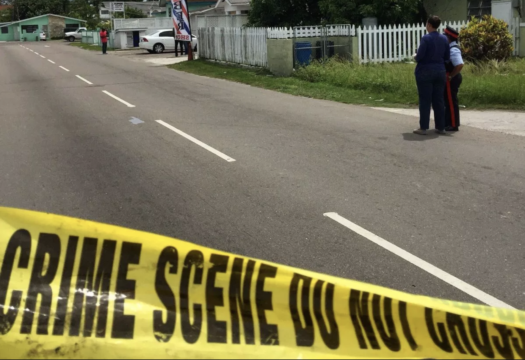 Margin of decrease in murders over last year narrows, however

This means that the margin of decrease in murders year-on-year has narrowed by 12 percent in a three-month period, partly due to an uptick in murders in the last three months compared to the first three months of the year.

There were three murders in January; nine in February and seven in March — for a total of 19 murders in the first quarter of the year.

A quarter by quarter comparison of murders this year show an uptick in murders of 31 percent.

There have been 25 murders in the second quarters of 2019.

Another four murders were recorded in April; 12 murders in May — the most murders recorded in a single month for the year so far — and nine murders in June.

Two gunmen shot and killed two men, who had just arrived at a residence in Star Subdivision around noon.

A mass shooting at a birthday party in Montell Heights Sunday left seventeen people injured, including 14 people who were shot. Three were in critical condition following the shooting.

Among the victims was two 17-year-old girls and a 10-year-old.

No one was killed in the incident. Police were following significant leads into both incidents, but no arrests were reported up to press time in either matter.

In the aftermath of the shooting, Commissioner of Police Anthony Ferguson said there was no need to fear crime, and the incident was“not a situation where persons are going around shooting anybody”.

He added, “I am satisfied, based on the intelligence reaching me, that we have it in control.”

At the time, he said he was pleased and encouraged by what law enforcement had been doing.

Asked Sunday whether he felt the fear of crime was down despite the double and mass shooting, Ferguson said, “I feel safe and I think you feel safe.

“I’ll tell you; I think you have to appreciate persons need to be very aware of the company you keep. I said that last year and I say it again.

“I cannot tell you who to keep company with, but, I can only advise you.

“We are not going to make any kind of statement that will seek to make families feel uncomfortable other than the fact to say, we want you to be very careful of the company that you keep.”

The government has committed to addressing the root causes of crime and pledged to develop target-based strategies, and modernize and equip the branches of law enforcement to aid them in the fight against crime.

According to the Prime Minister’s Delivery Unit’s report, the government has set a target to reduce the murder count to 85 by 2021.

At current, the murder count is on pace to record fewer than 85 murders by the end of year.

This means that murders during the period this year are also down 29 percent over 2017.