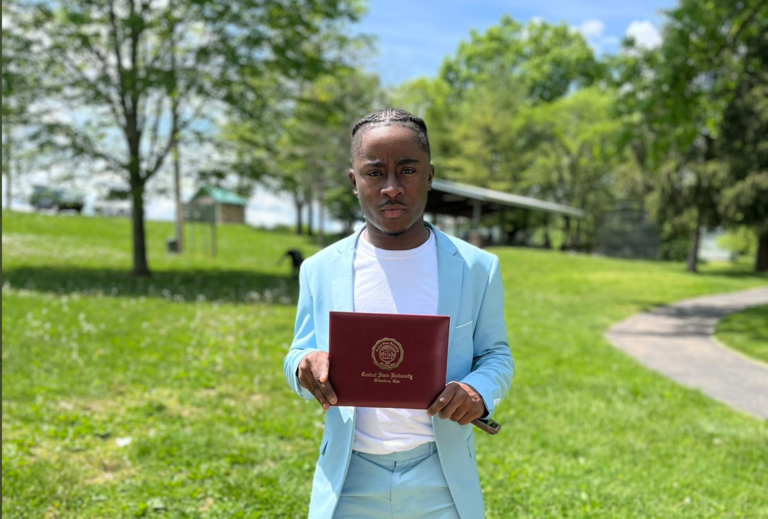 NASSAU, BAHAMAS — The badly decomposed body found in the trunk of a car in bushes off East Avenue in Centerville yesterday has been identified as 21-year-old Omar Davis, a recent college graduate who was preparing to work and live in the United States.

As observers gathered around, Davis’ mother and aunt raced to the scene of his discovery and became overwhelmed after concluding their loved one was the country’s latest murder victim.

The pinned tweet on his Twitter page says: “I graduated double majoring in Accounting & Finance, with a 4.0 cumulative!” He occasionally posted images of his perfect grades.

His success came despite past trauma: police sources confirmed his father, Omar Davis Sr, was killed in Kemp Road in 2013.

As police removed his body from the chaotic scene yesterday, his family and friends paced the streets expressing shock and horror. They said he was not a trouble maker and would never do anything to warrant being the subject of a violent attack, let alone murder. They blamed “jealousy” for his death, saying he was destined for great success and that some did not like this.

According to police, officers received information about a black Honda Fit parked in the rear of a grocery store shortly after 5pm.

Chief Superintendent Michael Johnson, Officer-in-Charge of the Criminal Investigation Department, said police became suspicious because there were items in the vehicle that appeared to be that of the body.

He said officers found the body in a garbage bag with multiple wounds to the head, face, and chest area.

He said it appeared the body had been there for about 24 hours and had begun to decompose.

Another police source told Eyewitness News the body appeared to have been there for an even longer time and that police had to ensure the remains were in fact human.

The killing brings the murder tally for the year to 88.