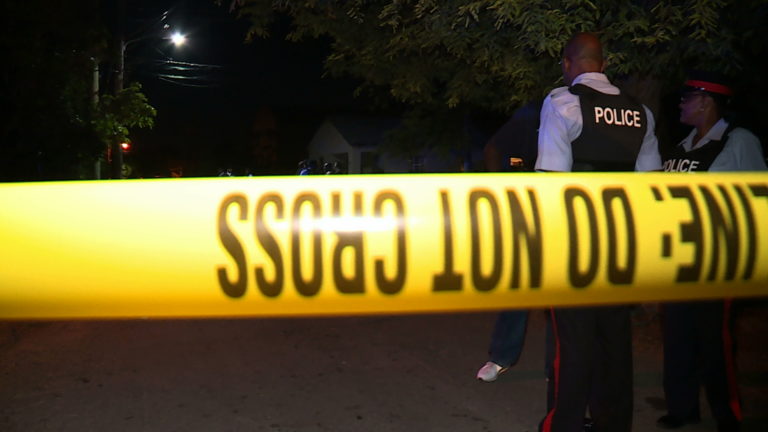 NASSAU, BAHAMAS – A deadly shooting incident which left one man dead and two others fighting for their lives in hospital on Saturday evening pushed the country’s murder count to 85.

Police reports indicate that the tragic incident unfolded in the residential area of Ridgeland Park West shortly before 8p.m.

According to authorities, three adult males were standing in front of a home on Roland Street when the sounds of gunshots were heard.

All three of the men were shot and transported to hospital, where one of them later succumbed to his injuries.

The other two victims remain in serious condition.

Police reported Sunday that it is believed that the occupants of a Nissan March may be responsible for the shooting incident as it was seen leaving the area at a high rate of speed shortly after the shooting.

Police said they are working with the surviving victims to ascertain as much information as possible, and they are also appealing to members of the public for any information that could assist them with their investigation.

Police said all information will be held in the strictest of confidence.

Saturday’s shooting in Ridgeland Park came four days after the country’s most recent murder which unfolded in the Fort Fincastle area last week.

That incident unfolded on the heels of two separate double murders which occurred the first week of December.

Despite what may appear to be an increased in murders since the start of December, police confirm that murders are down 30 per cent this year when compared to last year.