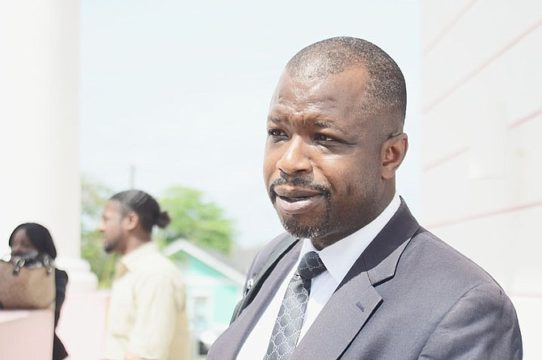 As the Chief Justice position remains vacant, and government has given no specific timeline on a replacement, noted attorney and Queens Counsel Wayne Munroe said the idea to appoint Attorney General Carl Bethel to the post should be “disabused.”

Speaking candidly to Eyewitness News on the matter, Munroe said there have been several discussions and rumors and the government is considering this notion although Bethel has not spoken publicly on the issue or stated if he would accept the post if the opportunity presents itself.

Despite this, Munroe said there are concerns from the legal fraternity.

“There is a lot of talk out there that the government is considering appointing the Attorney General Carl Bethel,” Munroe said.

“There is a difference. When Cleare Hepburn and Michael Barnet served as Attorney General and Chief Justice they both served as judges before so no one questioned that.”

Munroe says he believes that the present administration should take the same positions as the former government by not appointing the sitting attorney general.

“They should abuse themselves of that thought as it would do justice a disservice,” Munroe said.

Meanwhile Munroe said the absence of a chief justice is “unsatisfactory” and better planning needs to take place in this regard.

The Bahamas Bar Association recently raised alarm over this issue calling it unacceptable and subsequently urged the government to act swiftly.