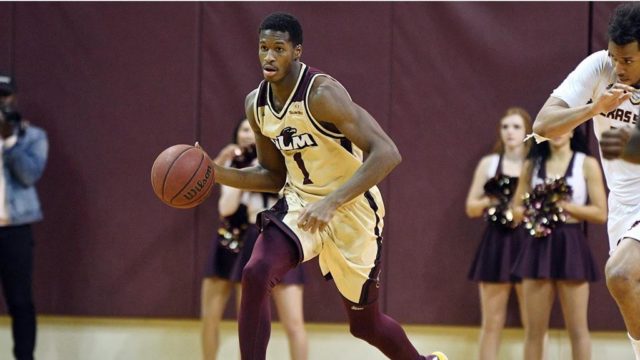 NASSAU, BAHAMAS – Travis Munnings and the University of Louisiana Munroe (ULM) Warhawks are just one game away from the semifinal round of the CollegeInsider.com Postseason Tournament.

According to the 6’7” small forward from Grand Bahama, making it to the final round of this year’s tournament would be the perfect way to cap off his collegiate career.

Munnings has performed well in ULM’s opening game, scoring 28 points in an 87-77 win over Kent State University. He also had nine rebounds and four steals in the game.

“It would mean so much to me to make it to the round of 21 and then to keep it rolling all the way to the end,” Mullings said. “It’s amazing for us to continue to perform well. Our season could end at any point, so we have to keep it locked in. We want to get out and run and work to our strengths.

“This game can be taken away at any moment, so, for us to be able to come out and compete in meaningful games in the middle of March, it really means a lot to us.”

Munnings looks to top an impressive junior season, which was his best until now. Last season, Munnings averaged 15.9 points and 7.3 rebounds and was named to the All-Sun Belt Second Team, an NABC All-District 24 Second team appearance and All-Louisiana Third Team Honors.

Munnings, who is averaging a career-high three assists per game, and the Warhawks will be in action again tomorrow against Texas Southern University.