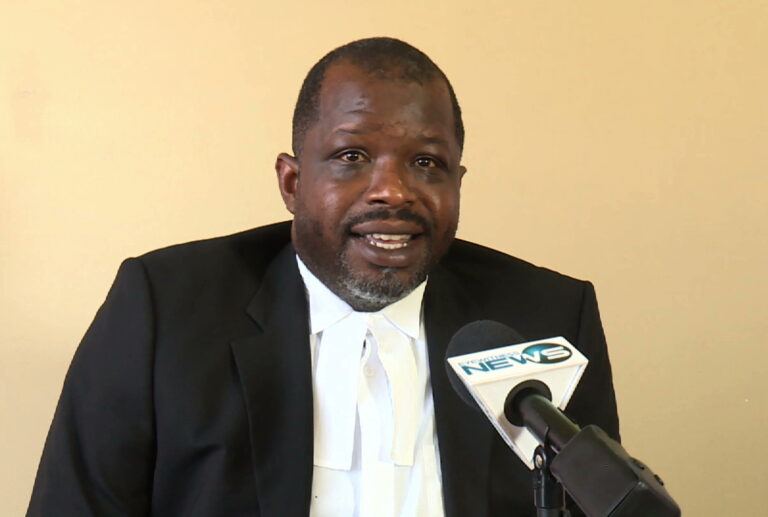 NASSAU, BAHAMAS – Attorney Wayne Munroe revealed yesterday there are a number of talented lawyers participating in a class-action lawsuit against the government over the state of emergency and emergency orders.

On Tuesday, Munroe’s firm filed a writ on behalf of 21 people – some of whom are business owners impacted by the orders and others who were charged and convicted for breaking the orders – submitting that orders are unconstitutional.

While appearing on the Hitback with Nahaja Black, Munroe revealed some of those attorneys include Damian Gomez Q.C, Bjorn Ferguson, and others, among whom also appeared on the radio talk show.

“Clearly this is a wider problem than people getting charged with breaking the emergency orders, in the case of Acklins with somebody’s restaurant being interfered with, in the case of Potter’s Cay Dock and Arawak Cay being closed and discriminated against,” Munroe said.

“It’s a broader issue that impacts all of The Bahamas and we intend to make an application to make it a representative action, which is a class-action suit.

“I think it’s important that we have not one firm, not one lawyer, but a collective group of lawyers because if we are successful, then the result would bind everyone whose included in the class, so should we succeed everyone can recover.”

The suit filed on Tuesday seeks declarations that there was no state of emergency within the meaning and contemplation of Article 29 of the constitution, in The Bahamas or on every island of The Bahamas, at the time the proclamation was made by the governor-general or when the state of emergency was extended by Parliament.

Prime Minister Dr. Hubert Minnis, in his capacity as the competent authority, and Attorney General Carl Bethel, have been named as the defendants.

The suit is seeking court orders quashing the criminal complaints and convictions against the plaintiffs found breaching the COVID-19 emergency orders.

It’s seeking an order to return the fines paid by the plaintiffs convicted of breaching the emergency orders.

The suit is also seeking an order for the defendants to pay damages to the plaintiffs “for breach of their fundamental rights guaranteed by the constitution”.

Attorney Damian Gomez, QC, contended that the issue is a serious one that “transcends politics, though it does have political effects”.

Gomez said he has been most deeply concerned that mitigation lawyers have been “criminalized” by regulations made under the proclamation of emergency.

He noted that attorneys have been shackled in the ability to assist people who have been arrested or go to their offices to prepare for court.

He expressed concerns over judges exercising judicial powers without hearing counsel speaking on behalf of clients.

Gomez said it the situation impacts the proper independent functioning of the court, calling it the “gravest of contempt for court.”

“The government has attacked the separation of powers doctrine, which is completely unaffected by Article 29,” he said.

Meanwhile, Ferguson insisted that the thrust of the entire exercise is based on the submission that the emergency orders have been unconstitutional – questioning whether the one confirmed case during the time of the governor general’s proclamation garnered such a drastic move.

“There are issues that the court must determine because all of our rights have been abrogated as a result of the use of Article 29,” he said.

“It’s a very restrictive article and it can’t be taken lightly.”

“The reason why I encourage my colleagues in this effort is because it is good that these questions be put, that the government explain itself, that we unpack some of the assertions that are being presented to us,” Parker said.

“They are not foregone conclusions…We cannot take for granted that what is represented is substantively the case.”

He pointed to the prime minister’s comments in Parliament suggesting that “discriminatory or unconstitutional decisions” must be made in the advancement of the country.

“You have to determine how much you are prepared to sacrifice on the altar of public health,” Parker continued.

“We take it seriously…But it is incumbent upon us as a bar and as practitioners to make sure that the liberty of our fellow citizens is not aggregated or undermined or interfered with arbitrarily. So, it cannot be offensive to put that to the test.

“I object the premise that we are somehow contrary to encourage the question to be asked and answered.

“It is incumbent upon us to make sure we demonstrate that we are watching and that we are concerned about these questions.”

The governor-general declared a state of emergency on March 17, just two days after the country experienced its first case. The Bahamas remains on a 24-hour lockdown, following reimplemented measures to curb the significant increase in cases during the second surge.

All businesses are required to suspend operations, with staff working remotely where possible, with no curbside, takeaway dining or retail operations.

Cases began to surge days after the country reopened its borders to international travel on July 1.

The lockdown is expected to remain in effect until August 19, and will be reassessed near the end of the period.

I applaud the efforts of Mr. Wayne Monroe!

The efforts are right and great but the Bahamas being the country of who you know and not really following laws it is obvious this will be favored to who has the power over the country unfortunately.

not a good look. claiming that it breaches “constitutional rights” is incredibly stupid. just a simple skim through the constitution reveals that article 21 says that these rights to the protection of someone’s privacy of home or other property (in this case businesses) can be breached if it is found to be within the “interests of defence, public safety, public order, public morality, public health…”

these emergency orders are clearly for the public safety and health. theres absolutely no winning this one, these people are wasting their time just trying to do some sort of publicity stunt i presume.