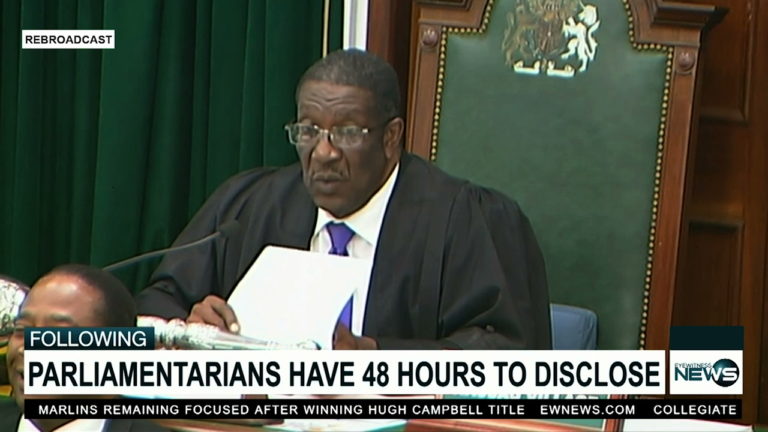 NASSAU, BAHAMAS – House speaker Halston Moultrie on Wednesday reminded parliamentarians of their obligation to file their financial disclosures before the March 1st deadline.

Failing to declare under the Integrity Commission Bill could result in a fine not exceeding $15,000 or a term of imprisonment not exceeding one year.

The Bill requires public officials, including members of parliament, senators and other high-ranking government officials, to make full disclosures of income, assets and liabilities and those of their spouses and children.

Prime Minister Dr. Hubert Minnis previously told reporters that the files on delinquent disclosures would be sent to the office of the attorney general, however, no action was ever taken against persons who fell in this category.

Moultrie told members of parliament on Wednesday that he has already declared and warned them that they only have 48 hours to comply or face the repercussions.