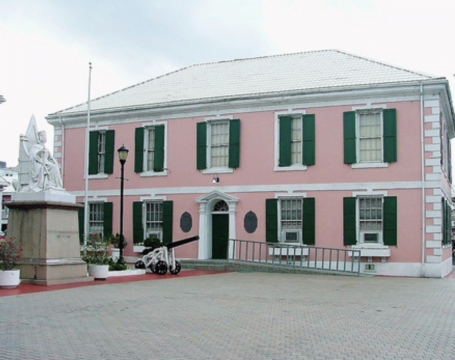 The House of Assembly.

“When the PLP (Progressive Liberal Party) was in power in the last administration, the PLP refused to answer any questions in Parliament,” Moultrie said.

“At this particular time, the administration today has not answered any questions that are on our action sheet.”

He challenged the executive branch and members of Parliament to answer those questions.

“They have a duty and a responsibility to the Bahamian people to answer questions for their stewardship. I will focus my attention on deepening our democracy by making certain that happens.”

The speaker insisted that through his own analysis, The Bahamas saw an increase in its national debt within the past 35 years because “the legislative branch has been made impotent in its constitutional role to check the executive branch on the spending and policy of the executive branch”.

At the end of last month, Moultrie turned in the key to his office, vowing never to step foot in it again, due to long-standing concerns over the condition of the building.

Moultrie said he was advised that the Ministry of Works is undertaking an analysis to determine the scope of works and once completed, the renovations of the Senate ground floor is expected to begin.

“I would say it should have happened a long time ago, because I was advocating for the change…from October 2017,” he said.

“I have architectural drawings. I have multiple assessments for the scope of work already done. Apparently, the minister is not satisfied with what we already have.

“I’m not going to put a timeline on it, but one this is for certain, I would never be occupying the Bay Parl building which has been condemned by the police as a security risk for the speaker of any nation and not only is it a security risk, it is just inhabitable on my estimation and it is a health hazard with the leaks and the mold and the no facility to sanitize yourself internally.”

Eyewitness News visited Moultrie’s office in a shared two-storey building adjacent to the House of Assembly.

The ceiling at the entrance of the office showed visible signs of a leak.

The leather chairs lined in the lobby area had a thick layer of mold.

Moultrie noted that the separation of powers between the executive and legislative branches of government has continued to degenerate for decades, leaving the legislative branch to be treated like a “department of the Cabinet Office”.

He said this is in contradiction of Article 72 of the constitution, which calls for the executive branch to be accountable to and answerable to the legislative branch.

“It’s just an absolute mockery of democracy, and I plan to stand against it at all risk.”