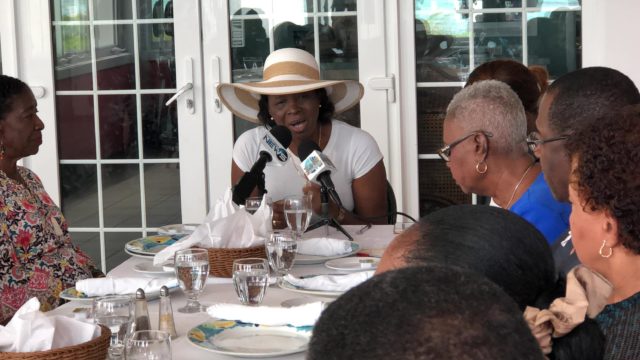 Cynthia ‘Mother’ Pratt launched her new foundation – The Mother Pratt Foundation Tuesday, which is expected to be a charitable resources for less fortunate individuals in the inner-city.

The foundation was officially established December 17 last year as a non-profit organisation focused on helping those in need, especially inner city individuals.

Pratt told media that this will be a foundation that reaches out, no matter who you are. She also spoke about her childhood and explained that it was not a “bed of roses” and sympathized with neglected individuals as she shared similar challenges growing up.

Pratt expressed her gratitude for those who have helped her along her journey and aspires to do just that for so many others.

“It is not about you, it’s about somebody who you are going to reach out to help,” said Pratt.

“While we are sitting in our ivory tower, there are many in the gutter today.”

Located in a trailer on Ragged Island Street in the vicinity of Prayer and Praises Assembly, its offices are open Monday through Friday.