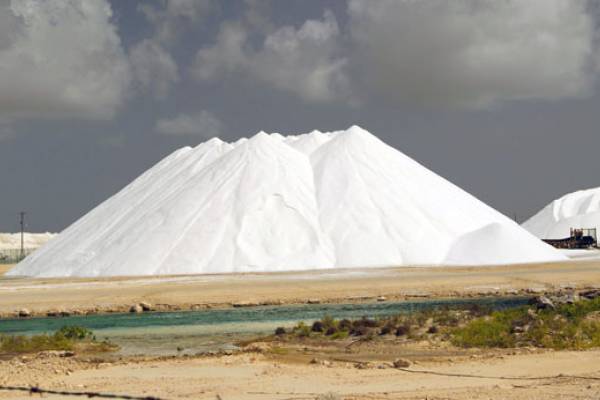 NASSAU, BAHAMAS – Having held a strike certificate close to its chest for the past three months, members of The Bahamas Industrial Manufacturers & Allied Workers Union (BIMAWU), who represent workers at the Inagua-based Morton Salt Company are threatening to turn up the heat, stressing on Tuesday that strike action may be imminent if their demands for a pay increase continues to fall on deaf ears.

Yesterday, Vice President of the BIMAWU, Adrian Lightbourne told Eyewitness News in a telephone interview that employees are still on work to rule as the company has not changed their position.

That position is an offer of a 1.5 per cent increase in pay, rather than the four to eight per cent that the union is requesting.

“This is unacceptable to the union and until they move we won’t move,” Lightbourne stressed.

As for striking, Lightbourne said the union must move forward as the wage increase issue has been lingering for far too long.

“We will have to make a next move within the next week or so,” Lightbourne confirmed.

The union VP said as it now stands, they want to ensure that the union has all of its employees on board to lead a strike.

“We just don’t want to run and take [a strike] and we don’t have at least 90 per cent strong, but if they continue on the route that they are on, we would be forced to take it [a strike] and just shut the whole plant down,” Lightbourne said.

“So we are hoping to give them another week or a week-and-a-half, and if they keep going the road they are going on, we will have to strike.

“We have a date in mind when we will do it.”

The BIMAWU VP claimed that employees have been placed on a 40-hour work schedule and were told that this was allegedly done because of the union’s decision to lead a work to rule.

Lightbourne said all employees are interested in working, but not under the existing conditions.

He also claimed on Tuesday that some full-time employees were also replaced with part-time workers.

“Managers also refused to meet with the union to discuss why they went that route to take a full-time employee off and put a full-time worker in his position, so they don’t want to meet with us,” Lightbourne claimed.

“We are just waiting to see what will happen. But if they continue this practice we will be forced to shut the plant down until we can have  some clear understanding with the company and the union.”

After on-going negotiations last year, the Morton Salt Company gave the union a final offer of 1.5 per cent increase in salary. However, this amount did not change for 2019, as outlined in the company’s latest proposal offered to the union in January of this year.

But according to the union, these percentages are the same figures that the company presented to the union, with the exception of adding a new ‘leg’ in 2021 of 1.9 per cent.

Yesterday, Lightbourne said the union would be satisfied with a four per cent increase in salary as the cost of living is on the rise.

He claimed, however, that it is not a “money issue” for Morton Salt as it relates to meeting the union’s request.

“It is just that they do not want to give the employees what is due to them,” Lightbourne said. “We are not asking for too much. We started at 8 per cent and we continued to drop [that percentage] but they started [negotiating] at 1.5  per cent and they want to end at 1.5 per cent.

“We are down to four per cent and we refuse to move from four.”

But in response to the union’s threat to strike if their demands for an increase are not met, Paul Jackiewicz, the Senior Communications Manager at Morton Salt Inc said while no one likes a work stoppage, the company hopes to come to an agreement soon.

And if there is a strike, Jackiewicz said, “As the trusted authority on salt in North America with one of the largest production and distribution networks in the industry, Morton has the footprint, flexibility and contingency plans in place to continue delivering high-quality products to our customers and consumers.”

He also said that Morton Bahamas is committed to building productive working relationships with its employees.

According to Jackiewicz, for the past year, they have met in good faith with union representatives in an effort to reach a new labour agreement, and have also worked together with a conciliator to help drive a solution.

“We believe our current offer is comprehensive and competitive for several reasons,” Jackiewicz said.

“Wages are only one element of the package and while pay varies across sites in our network, one of the most important things Morton Bahamas can do for its employees is to ensure that they have access to affordable and high-quality healthcare.

“Currently, we cover more than 90 per cent of our employee health care costs, which is significantly more than what most other employees in the Bahamas and in our broader network receive in terms of coverage.

“In addition, we’re offering a larger production incentive that represents a substantial increase compared with the previous bonus structure when the site reaches production targets.”

Meanwhile, Jackiewicz said that the company intends to continue negotiation meetings with the union in the near future.