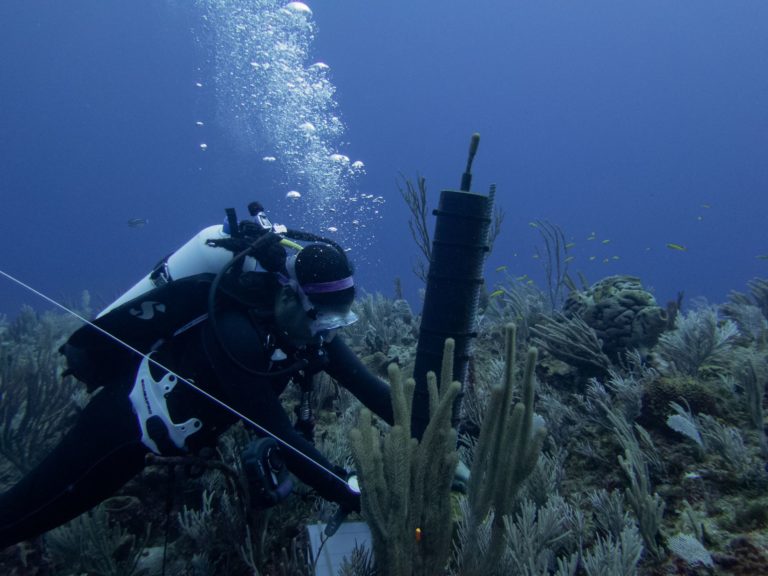 NASSAU, BAHAMAS — There are glimmers of hope for the critically endangered Nassau grouper, a species which despite seasonal closures and size restrictions continue to experience declines throughout The Bahamas and the Caribbean, according to the Perry Institute of Marine Science (PIMS).

But Dr Krista Sherman, senior scientist at PIMS, noted that the popular fish’s fate will be decided by taking action.

“The Hope Town FSA, which is in a remote location, is relatively healthy — supporting thousands of Nassau grouper,” she said.

“This is good news. It’s encouraging after documenting declines at several other historic FSAs over the past decade where aggregations either no longer form or have been drastically reduced, which is the case around Andros and Long Island.”

PIMS, a non-profit marine research and conservation organization, has been using a variety of techniques to identify active spawning sites, monitor Nassau grouper abundance during and outside of the spawning season, map FSAs and understand how their populations are structured and connected throughout the archipelago.

Collectively, the data provided much-needed information to guide sustainable management of a species listed as critically endangered by the International Union for Conservation of Nature (IUCN).

Sherman continued: “My main goal is for us to see the Nassau grouper population begin to rebound. I would like to see this downward trend stop.

“That would be the best thing for the fishery, the health of reefs and the species. But that’s going to require a lot of work and a lot of cooperation from everyone.”

She added: “The fate of Nassau grouper and the future of the commercial fishery in The Bahamas will be shaped by our collective response to reduce FSA fishing and other threats that impede recovery for remaining populations.”

Two ways the public can help are by supporting the closed season and fishing smart — that is, harvesting from the ocean in a more sustainable fashion.

The Nassau grouper season closes from December 1 to February 28. During that period “no person shall take, land, process, sell or offer” the fish for sale “except where such taking or landing is carried out with the written approval of the director of fisheries for scientific research purposes”, according to the law.

That timeframe, however, only covers a portion of the species’ reproductive season. The spawning window for Nassau grouper in The Bahamas runs from November to March.

Making matters worse, the predictability of when and where the annual fish spawning aggregations occur makes the species extremely vulnerable to overfishing.

Sherman asserted that it would be “ideal” for the Nassau grouper to be protected during the entire period they are breeding and migrating to spawn.

“Anything we can do to reduce threats to the species is critical,” she said.

“Ensuring that we are not destroying the habitats that they need throughout their life cycle and supporting regulations such as the minimum size limit and closed season, which allows them to participate in spawning before they’re caught, is crucial.”

Thanks to the generosity of Wayne Sullivan, in December, Sherman and fellow researchers Dr Valeria Pizarro and Michael Sherratt completed roving diving surveys to estimate abundances and sizes of Nassau grouper, and document and quantify spawning behavior.

Thus far, PIMS has focused its work on sites around Long Island, Andros, the Berry Islands, Eleuthera, Abaco, San Salvador and some areas in the southern Bahamas.