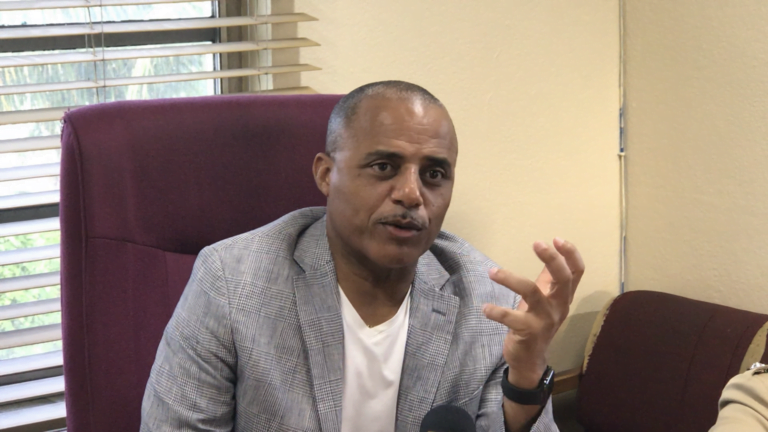 The national security minister addressed the penetration of the virus in law enforcement agencies across the country as he spoke to reporters outside Cabinet.

He provided figures for positive cases in the Royal Bahamas Police Force and Royal Bahamas Defence Force during a later interview.

Dames explained that the cases in the RBPF includes officers and staff members in the agency, some of which have been able to return to work after completion of quarantine.

“The numbers have been relatively low because we would have initiated plans for all of these agencies and we have been getting regular updates and monitoring on progress and steps,” he said.

Last week, Commissioner of Police Paul Rolle advised that more than 100 police officers have been placed in quarantine due to exposure to COVID-19 since the country reopened its borders on July 1.

He explained that while officers are being taken out of the system due to exposure, there is no critical shortage at this time.

Ten officers on Bimini had to be placed in quarantine after exposure to people who have tested positive for COVID-19 last week.

Dames confirmed that ten replacement officers have been sent to the island from Grand Bahama.

Yesterday, Dames commended the leaders of the country’s law enforcement agencies for continuing to work hard in efforts to mitigate the spread of the virus.

“We knew that given the nature of the business that the possibility of that happening was great,” he said.

“…I think our agencies have done a very good job in containing the outbreak within their perspective agencies.

“At the beginning of this we ensured that our agencies had put in place plans to manage throughout this period and those plans have been working.”

Dames added: “We know that we are going to get it, but as we do and wherever we have an incident of COVID within those agencies, we are going over and beyond to ensure we don’t have an outbreak.

“So what we would normally do, we extend the ring to ensure that we have it fully contained.”