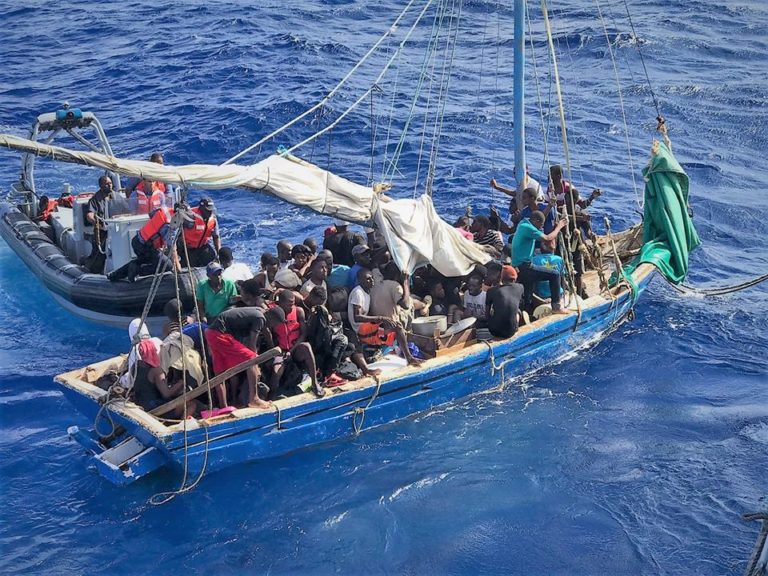 NASSAU, BAHAMAS – Immigration officers continued their search over the weekend for any additional undocumented Haitians who may have been onboard a wooden sloop which landed in Abaco last Thursday.

RBDF reports confirmed that the total number of migrants apprehended stood at 54.

Clarence Russell, Director of  Immigration confirmed to Eyewitness News Online that law enforcement officials on Abaco would continue their search for additional persons that may have escaped from the general area of the initial landing.

The RBDF confirmed that all of the undocumented migrants were taken into custody and handed over to immigration authorities for further processing.

Russell told Eyewitness News Online that he expects the 54 migrants to be hauled before the court sometime this week.