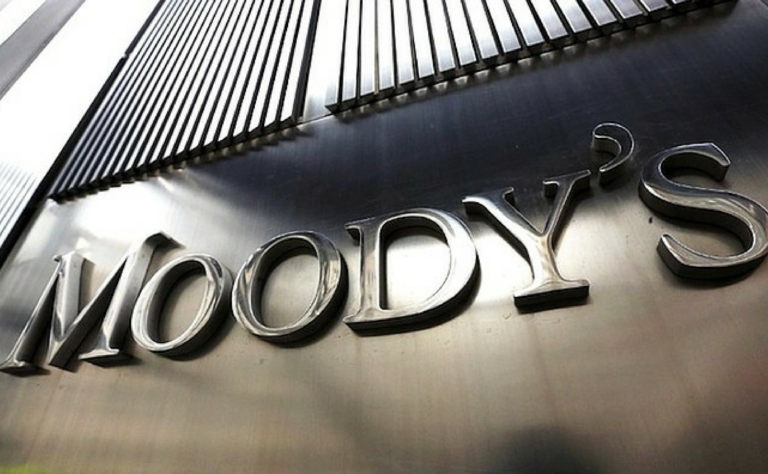 NASSAU, BAHAMAS — Credit ratings agency Moody’s is predicting an eight percent contraction in local economic activity this year due to the COVID-19 fall-out, and has placed the country’s Baa3 rating on review for downgrade.

Mo0dy’s noted that the decision to place The Bahamas’ ratings on review for downgrade “reflects significant risks to its economic and fiscal metrics as a result of the coronavirus outbreak”.

It continued: “The rapid and widening spread of the coronavirus outbreak, deteriorating global economic outlook, falling oil prices, and asset price declines are creating a severe and extensive credit shock across many sectors, regions and markets.

“For The Bahamas, the shock mainly transmits through the sharp decline and potentially prolonged slump in the tourism industry, which represents a sizable proportion of gross value added in the economy as well as a source of government revenue and export earnings. A likely deep economic contraction, combined with higher fiscal deficits could lead to a permanently higher debt and interest burden that is already elevated relative to Baa3 peers.”

Moody’s noted that the decision to place the ratings on review for downgrade reflects the significant expected decline in economic output in 2020 due to a large shock to the tourism sector.

“Tourism’s direct contribution to Bahamian GDP is close to 20 per cent of the total, while its indirect contribution through other sectors represents another estimated 20 per cent of GDP. As a consequence of the spread of the coronavirus disease, The Bahamas has limited the inflow of visitors, while other countries have also imposed travel bans. In particular, travel restrictions from the United States (origin of over 80 per cent of stopover visitors), as well as Canada and the European Union (origin of seven per cent of stopover visitors each) will lower the inflow of tourists into The Bahamas for several months,” Moody’s said.

It read: “The government has also imposed movement restrictions within its borders so as to contain the spread of the disease among the local population. These developments will weigh significantly on economic activity during the first half of 2020. Consequently, Moody’s now forecasts a contraction in economic activity of about eight per cent this year, compared to an estimate of 0 per cent growth previously.

Moody’s notes that the coronavirus shock is affecting The Bahamas at a time when economic performance had already been hit by Hurricane Dorian in September 2019.

“During the review Moody’s will explore the lasting effects these shocks will have upon The Bahamas’ economic strength, by assessing the effectiveness of containment measures in The Bahamas and other countries but also any structural shifts in the tourism industry that may result from the pandemic. Prospects for the resumption of reconstruction efforts in the islands affected by Hurricane Dorian, as well as new foreign direct investment (FDI) projects in these locations will also be considered in evaluating the country’s medium term growth potential. Assessing the effect of the ongoing health crisis on the cruise sector will be important, as some key FDI projects in the pipeline are headlined by cruiseship companies,’ Moody’s said.

It further noted that the decline in tourism flows will likely lead to a deterioration of the current account balance, although the decrease in oil prices and a likely fall in import demand related to tourism activities will mitigate the widening of the external deficit.

The central bank’s foreign exchange buffers were also at a relatively high level prior to the  coronavirus shock, which should also diminish external liquidity pressures. The ratings agency also pointed out that the ongoing coronavirus shock will also weigh on The Bahamas’ fiscal strength metrics.

“Prior to Hurricane Dorian the government had been able to comply with the fiscal targets set out in the Fiscal Responsibility Act (FRA) that was passed in 2018,” the ratings agency continued.

“However, due to the magnitude of Hurricane Dorian and as allowed by the FRA, authorities amended their medium-term fiscal plan that, in Moody’s view, already pointed to a debt burden stabilizing at higher levels than previously expected.  The virus outbreak is compounding the fiscal and debt challenges facing the government. The fiscal policy response to the coronavirus and the likely loss in government revenue due to lower economic activity will likely lead to wider deficits in fiscal 2019/20 to over 5.5 per cent of GDP and more gradual fiscal consolidation in future years. This would push The Bahamas’s debt metrics higher, further weakening its fiscal strength and widening the gap with its Baa3-rated peers,” said Moody’s.

As to what could result in a downgrade, Moody’s said: “We would downgrade the rating if the review were to conclude that The Bahamas economic and fiscal fundamentals were going to materially deteriorate as a consequence of the coronavirus shock such that its current Baa3 rating was no longer aligned to the sovereign’s credit fundamentals. A medium-term policy response that did not support the arrest of the fiscal deterioration over the coming years, leading to a high likelihood of a continued upward trend in the debt ratios, would contribute to this rating outcome.”

Moody’s said it would confirm the rating if the review were to conclude that a credible fiscal and economic policy response from the government will efficiently manage the risks arising from the shock notwithstanding potential continued pressures stemming from the large magnitude of the current crisis.

If we read carefully we were already heading up the the creek without a paddle..even if Covid did not show up. NOTE:the quotes:
1. “A likely deep economic contraction, combined with higher fiscal deficits could lead to a PERMANENTLY HIGHER DEBT & INTEREST BURDEN THAT IS ALREADY HIGHLY ELEVATED relative to Baa3 peers.”

WE, the economy was stagnent. WE WERE NOT GROWING ANYHOW:
2.” Moody’s now forecasts a contraction in economic activity of about eight per cent this year, COMPARED TO AN ESTIMATE OF ‘0’ PER CENT GROWTG PREVIOUSLY.”
Moody’s notes that the corona virus shock is affecting The Bahamas at a time WHEN ECONOMIC PERFORMANCE HAD ALREADY BEEN HIT BY HURRICANE DORIEN in September 2019.

Downgrade was coming anyhow, in spite of Dorien and COVID The die was already cast..covid made it easier to release the results with: no crying and excuse from our Minister of finace who has been pandering to those agencoes for too long; rather than focusing on us internally.

3. ..”authorities amended their medium-term fiscal plan that, in Moody’s view, ALREADY POINTED to a debt burden stabilizing at higher levels than previously expected. ” The VIRUS OUTBREAK IS COMPOUNDING the FISCAL and DEBT challenges FACING the government.

So we were are dammed already. So let’s refocus, retool and let’s change the way we do things and make these moments “A COVID MOMENT” for the betterment of our Bahamas.

Just dont pay. They Just printed this money out of thin air anyways. Its disgusting how this zionist agency strikes when a lot of bahamians Will die of the virus that they probably made in the first place. Thx globalist increase the pressure Just after dorian, its pure evil. The bahamian gov should do what they do. Just print some bahamian dollars and give them that lol.